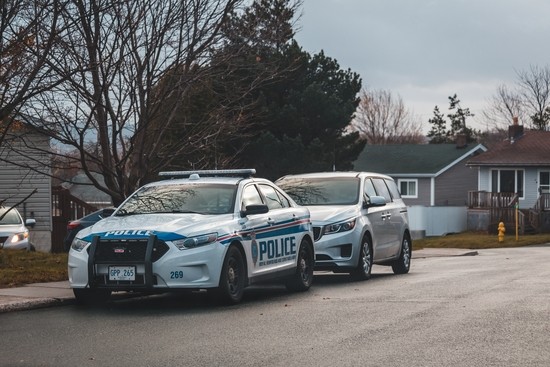 For African-Americans in the United States, there’s a different experience than for white individuals. Some people would try to deny this because it means that racism still exists. However, there is overwhelming evidence that we have not managed to eradicate racism as a country yet, no matter how much some claim that we have.

The Black Lives Matter movement’s resurgence following George Floyd’s death a few months ago makes this evident. Some who disagree with the movement retort that “all lives matter,” but saying this sort of thing belittles a pressing issue that we as a nation must address.

Any African-American parent knows that at some point in their child’s life, they’re going to have “the talk” with them, and that’s not a talk about sex or dating. Those conversations will happen too, but this version of “the talk” is about encounters with the police, and how to handle them in the safest way possible.

Here are several components of “the talk” that African-American parents should never gloss over.

The Power is in Their Hands

During encounters with the police, regardless of your skin color, the power is in their hands. They have the ability to:

There is something called illegal search and seizure, which states that the police cannot search someone without just cause. However, the police love to debate just what exactly “just cause” is. They might say something like you made a furtive or suspicious movement, and they see that as a reason to pat you down.

With African-American youths or adults, for that matter, a police officer can pull you over or stop you on the sidewalk and question you. It might lead to you getting frisked for what basically amounts to no reason whatsoever.

This was particularly common in New York City for years during the Michael Bloomberg mayoral administration. What African-American children need to understand, and what their parents should tell them, is that if they resist, despite feeling dehumanized by this treatment, they’re putting themselves in danger. If they want the best opportunity to stay safe, they need to comply.

You Can Legally Record the Interaction

If there is one thing that George Floyd’s death has taught us, it’s that many police officers think they can get away with doing anything that they want. They should be representatives of the law, but some of them feel that they are above it.

This has been true for many decades. The main difference between then and now is the proliferation of cell phone cameras.

There are more cameras around than ever before. Even if you’re not recording a police encounter, there might be footage from:

African-American parents should tell their children that they have the right to record police officers in the course of their duty because that is true. They do indeed have that right, and often, it’s a good idea.

If the police pull over an African-American teenager during a traffic stop or they stop them when they’re walking down the sidewalk, they can immediately pull out their camera and start filming.

If someone is with them, they might do the same thing. Even if a stranger walks past and stops to watch what’s happening, they can ask that stranger to record the events. That way, there will be an accurate account of what happened, which might come in handy later.

Keep Your Hands in Sight at All Times

There are certainly “good” police offers, just as there are those who break the laws that they’re supposed to uphold. The problem, as a young African-American, is that you have no way of knowing the temperament or the intentions of an officer who approaches you.

With that in mind, parents should tell their kids that if an encounter with the police does happen, they should always keep their hands clearly visible. It’s even not a bad idea to raise them so that the police can see that they’re empty.

If they’re in the car and the cops pull them over, they can put their hands on the ceiling or the dashboard in front of them so that the officer can see that they’re empty.

Try Not to Escalate the Situation

You would hope that if the police stop an African-American youth, whether in a car, on a bike, or on foot, the interaction will be by the book. The officer or officers will be respectful and courteous, and the youth will do the same.

One more thing that African-American parents should stress to their kids, though, is that even if they feel angry or humiliated by what’s happening, they should try as hard as they can to control their temper. It’s easy to be upset if you feel like the police are harassing you when you did nothing wrong.

If you say something when you’re angry, though, that might anger the police officer in turn, and again, the power is on the officer’s side, and never that of a civilian. An African-American youth who loses their temper and says something to offend an officer could be in real danger, especially if there are no witnesses to the encounter.

It’s upsetting that in 2020, this is still the type of conversation that African-American parents need to have with their children. Perhaps, through better training and by demilitarizing the police, relations will improve between law enforcement officials and all societal members.

As ample video evidence from around the country shows, though, we are not at that point yet, and it’s going to take a considerable amount of work to get us there.