Presented by Rolo, Jowan, Feid and Lyanno, “Mente Daña” mixes together Puerto Rican and Columbian elements, to give us one memorable, dance-y single. 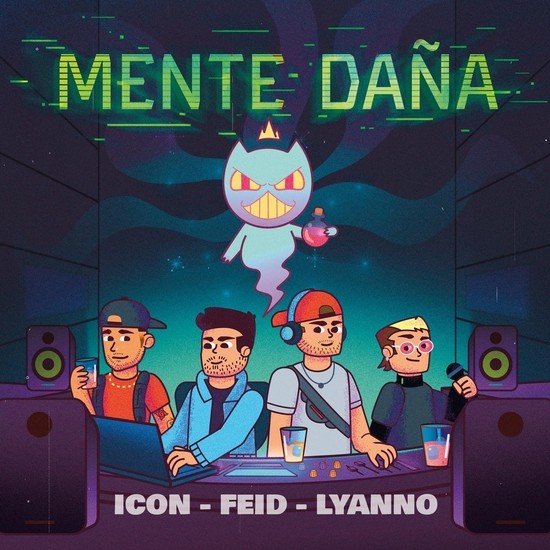 The track begins with otherworldly sounding keyboards, before fully kicking into the song. It features a male lead vocal, over skittery percussion. Its keyboard backing, however, is sparse, leaving plenty of room for the lead vocals. The song’s title, “Mente Daña,” can loosely be translated as ‘mind harms.’ So, even though this recording is smoother than smooth, it is likely also covering deep subject matter.

One of the song’s lead singers is Lyanno, who is an artist originally from Puerto Rico known for reggaetón and trap music. Feid, the duo’s other half, is a Columbian singer and songwriter. He’s worked with some big-name artists, including J Balvin. Ironically, he began exploring music during his childhood, taking up the clarinet. Of course, though, there’s nothing at all sexy about the clarinet. While he’s labeled a reggaetón artist, he enjoys performers like Drake and Chris Brown, when listening to music for pleasure. It was only because he saw the great commercial opportunity in reggaetón that he become a reggaetón performer. Feid’s songwriting skills can be heard on the song and single, “Ginza,” which J Balvin recorded and released from his Energia album on July 17, 2015.

Even only five or so years ago, it probably would have been strange to hear Spanish language music on top 40 radio. But that was so yesterday. While many are heralding the arrival of K-Pop, and the Korean tongue heard during pop songs, Spanish language music is already here. Unlike traditional Mexican music, which mostly gets relegated to Spanish music radio, styles like reggaetón and straight-ahead pop music from South America gets played right along side English language hits. In regions like Los Angeles, with a large Latin population, this language mixture is only natural. There are places in the L.A. area, for instance, where English is actually the second language. We’ve entered a brave new musical world, friends.

The song’s video is animated. It features a couple of young girls studying astrology and utilizing tarot cards. They’re also staring into a crystal ball. At one point, a floating cat-figure pours what can only be assumed to be a potion of some variety into four men’s drinks. After they drink this potion, one of the girls – the one with really big hair – can be seen watching this action in the crystal ball. Near the track’s end, the big hair girl can be seen sending love note texts to the four men, who turn out to be the four artists on the single. At this point, the cat is smiling and not looking at all evil. However, whenever these four guys are spotted drinking the juice, they appear to be agitated. Clearly, it’s the girls who are playing with these guys’ minds in the video, and most likely, in the words to the song, as well.

The song is short, at only three minutes and three seconds. Even so, it makes its point as a couple smooth operating women juicing this quartet of men into submission.