Most artists have to stay on top of their stage presence, their status, their influence, and their overall “brand” to ensure they’re coming across as organic and pure. Yet, for some, an easygoing and amiable charisma comes naturally. For people like StringZ EMB, it is second nature to be warm. The St. Louis soul singer made it his personal goal to get everyone dancing and singing along at his shows. And with his infectious music, it’s not hard to instantly jam along; he focuses on creating ‘feel good’ tracks that help us breathe a little easier and move a little quicker. 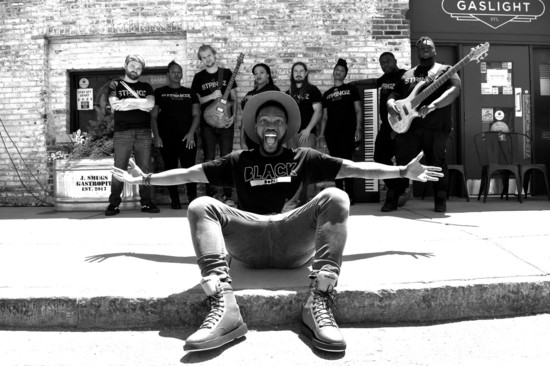 Gregory Bowdry, aka StringZ EMB, has performed nationwide, received a plethora of radio attention, and even performed on Fox. Though COVID has halted a lot of his upcoming shows, he showed no sign of slowing down. Instead, he shifted his focus to increasing production and wrapping up his second full-length project.

Girls. That’s it. That’s the clip. StringZ EMB doesn’t hold back from hyping up all the women in his music video, “Beautiful Girl,” and beyond. All women are exquisite no matter their age, race, or body type. The clip highlights all of that majesty in a natural form; the background is a solid color while the focus is on a lucky lady in the middle. They’re smiling and dancing; some are even holding posters with positive self-descriptions, but most importantly, they’re themselves. No frills, no flaws, all beauty.

StringZ EMB is, of course, in the middle of all the action. He is the opposite of camera-shy; he gets right up to the lens to serenade it. He dances and grins alongside his power crew, never hesitant to recognize the strength women uphold. Like he states, “A beautiful girl is all powerful / And that is as good as love,” StringZ EMB recognizes the importance to unlock female vitality.