“If you elect a clown you’re going to get a circus.” So true. So unfortunately true. One of the few upsides to complete social upheaval is the inspiration of fearless, unapologetic art that drives right to the heart of the matter. With the new video for “Leaving While You Stay,” Greg Hoy & The Boys make no mystery who the subject of their ire happens to be. 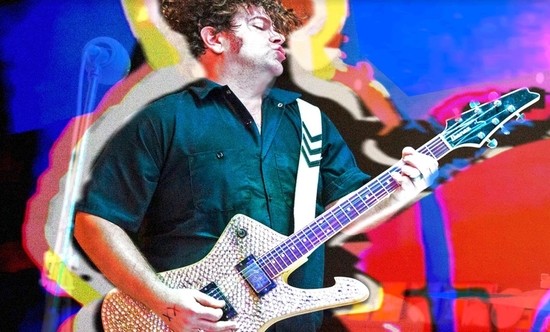 This isn’t a sudden change of pace for Greg Hoy, but rather a continuation of the trajectory he’s carved for himself over nearly 20 years of tearing up the indie rock scene. East coast, west coast, midwest, it’s all about wherever his vintage Airstream RV takes him and he’s logged some serious mileage in the process. In fact, he has even channeled his experiences into a podcast series, The Limited Mileage Podcast, to talk to “interesting people about interesting things.”

Never one to sit still, Hoy has already secluded himself, quarantine-style, in the legendary Tiny Telephone studio to not-so-secretly write and commit a fresh batch of rock pop tracks to classic 2 inch tape for release later this year. Let’s not get too far ahead of ourselves, though; there’s still plenty of powder left in this chamber to make Greg Hoy & The Boys the summer rocker you need.

The video is a frenetic juxtaposition of Hoy and the Boys jamming out across a pop-art inspired color palette of deep saturation, posterized silhouettes, and stop motion cut outs that turn a standard performance into a rawkus festival of rock. To say that they put the power in power trio would be an understatement. Only Paul Stanley can rock the Ibanez Iceman with as much swagger as Greg Hoy.

Also getting in on the action is the aforementioned clown. While most people would recognize the mask if it were in its signature orange skin tone, the Ronald McDonald look feels much more fitting. Dancing along, punching the air and doing what he does best; sucking all of the oxygen out of the room so he can be the center of attention. The black and color color treatment with only the red lips and red hair visible is the perfect compliment to the vibrant performance shots.