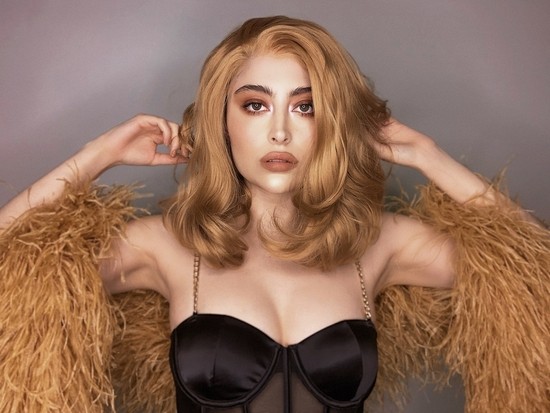 There’s a warm tropical wind blowing through modern pop. Even producers from frosty Northern countries attempt to impart some sunshine to their mixes. Artists who can conjure those Latin American breezes while maintaining the cool reserve now in fashion worldwide among appreciators of contemporary popular music are in short supply – but when listeners find one, they don’t let go. That’s why Shiadanni has become an indispensable figure. The singer and songwriter was born and raised in Guadalajara, and the echoes of Mexican pop-rock are audible in everything she does. But she’s currently based in Montreal, the center of the dream-pop revolution, and the sound she’s crafted there draws heavily from late-night R&B and moody, intoxicated hip-hop. With the confidence of an auteur who has found her path, Shiadanni nods toward the many places she’s been and makes records that suit the whole world.

“Kitty Mama” and “Turn On My Brain,” her latest, are striking examples of her artistic development. Unlike her 2016 Mexican radio smash “Tu Tristeza” or her sultry 2017 ballad “Plumas,” these two are sung in English. Nevertheless, it’s hard to miss the Latin undertones in the tracks. Her background provides the grounding for her adventures in audio texture, and her skillful use of glassy synths, artfully-muffled bass-heavy beats, echoes, pulses, and other sonic decorations. She hasn’t left anything behind: she’s added to what she’s already accomplished. The result is a pair of tracks that would fit in well on any pop playlist, whether tropical, chill, seductive, or just plain party-friendly.

Shiadanni’s provocative clip for “Kitty Mama” has already been viewed more than four hundred thousand times on YouTube, but we think you’ll agree that it deserves to be an even bigger video hit than it already is. The singer is the creative mastermind behind this clip, which is held in a stylish club that broadcasts dangerous exclusivity. Most of the faces of the patrons are covered, but they do slip from time to time, and the expressions of the clientele are simultaneously alluring and challenging. There’s a strong intimation that Shiadanni is up to something nefarious, and that mood is sustained in “Turn On My Brain.” a continuation of the story, a sequel, and something of an answer key, too. Here, the star sits at a sumptuous banquet with a captive man. In one of the clip’s most striking sequences, she walks, barefoot and bare-legged, across a long set table. Is she part of the spread, or is she just trying to work up his appetite?