Chasing happiness. That’s the feeling the listener gets while listening to the thrilling track “Lights On”. The man behind the mic is Tony Chevy, a smooth operator who knows his way around the mixing board and fresh beats. Also known for the hit “I Love The Way”, Chevy previously went by the name Gabriel Antonio. “Lights On” ignites the same need for human connection songs like “Miami” from Will Smith and “One Kiss” from Dua Lipa and Calvin Harris. Chevy harnesses a song of endless possibilities. 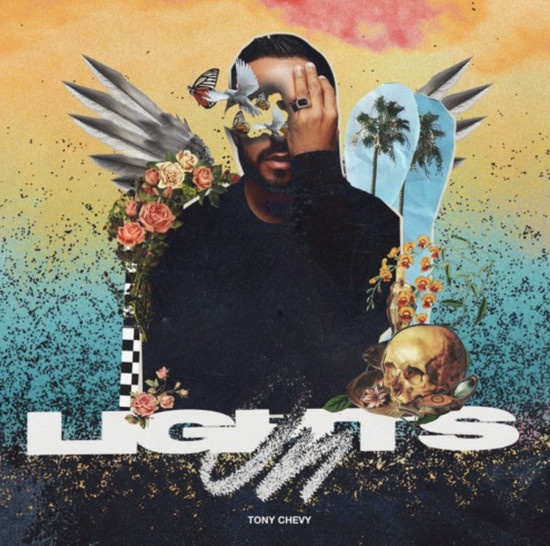 “A positive mind equals a positive life. You are worth everything and more,” is one of the quotes from Antonio’s previous website. The positivity and choosing to find the good in the people he sees is one aspect of the line why don’t you turn those lights on, send out an S.O.S. The listener is with him as he’s driving a busy night, on the lookout for human interaction and partying. Chevy’s instance that each person he comes across, has an inner light to shine, is quite endearing. Though the does repeat the chorus quite a bit (which is great by the way), I think taking those words deeper gives the listener an even bigger appreciation for the song. We all have something to offer and inner beauty can be just as important as out beauty. His outlook is exemplified in his vocals. He’s charismatic and emitting fun and his own luminating artistic voice.

The music bed in “Lights On” balances between dance pop, power pop and even Latin pop. The percussion arrangements are definitely unique hybrids, mostly Latin-focused and go from clinky, or even tap-tap-choppy, to vibrating rhythms. The song also has a segment where it’s like an electronic music bed with a section of horns or brass as the top layering. Chevy really drives home the idea of a busy Miami-night or even “Tribeca” street he describes in the song. The brass and horn section really backs this flavoring, this coloring of a busy street. Meet me down in Tribeca, he sings. I loved the way he sort of wraps the listener around his finger, like you just want to go anywhere Chevy is going. You have this need to be the fly on the wall and see what unfolds on a typical Friday night for him and his group of friends.

He seems to know how to have a good time and wants all those around him to have an equally great time. He’s so endearing and has an instant rapport with the listener. Baby, just give me this, he sings in the second part of the chorus. As a listener, I loved the way he said “baby” and it really gave the song an intimate feeling. He said with assurance and vulnerability. I found myself rooting for him, cheering him on his cruising up and down the boulevard to find that special someone or at least, someone that has a heart of gold. It’s truly hard to not share in the fun and the joy sparked from “Lights On”. Tony Chevy gives the listener something to cheer and dance about.