“Lady Heart Attack” is, according to lead guitarist and vocalist Pete Stevens, “Simply just a song about being drunk and meeting a girl at a bar.” The beauty of this premise is its honesty; there is no deeper meaning, just a bonafide rock song about modern love, an all-too-familiar predicament. Stevens’ Casablanca-esque vocals shout the inner monologue: “Now it’s plain to see that you’re into me / As we take our leave, I’ll grab my keys / When I kiss your neck, you are such a wreck / There’s no turning back / from Lady Heart Attack.” 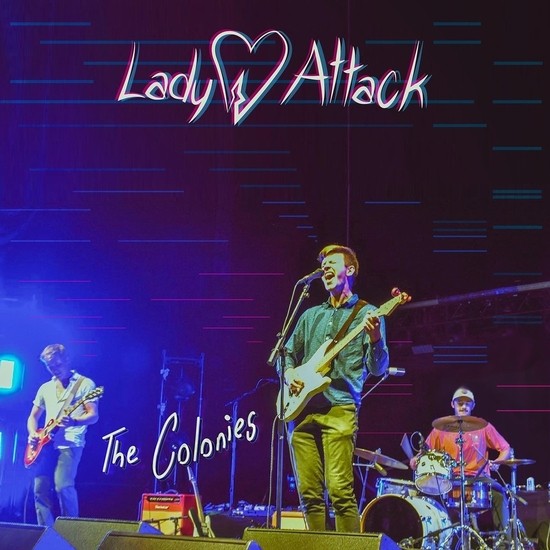 Musically, “Lady Heart Attack” is one of the more complex songs The Colonies have released, a result from years of practicing and recording together in Stevens’ home studio. From the a capella intro, to the explosive, straining chorus, the sound elevates the lyrics. The use of gritty distortion on the chords juxtaposed with lofty garage-style melodies bring us into the room: ears ringing, vision swimming, staggering with a glass of whiskey in hand, though with a clear and unyielding mission to find company at the end of the night.

While the DC-based band derive much of their sound in part from the Blues as well as the New York City indie movement of the early 2000s, “Lady Heart Attack” is more forceful and powerful, tilting in the direction of rock. With Joey Mamlin on drums and the addition of Jarrod Hendricks on guitar, The Colonies are a new force to be reckoned with. And “Lady Heart Attack,” with its anthemic chorus and driving melodies, is sure to be a crowd favorite once the masses are allowed to return to their hallowed halls of underground bars and clubs. This song has been described as “Julian Casablancas hearing ‘She’s so Heavy’ for the first time,” and will be stuck in your head for the rest of the day. 100% guaranteed.