The Silent Boys are a band shrouded in mystery. Years spent in obscurity hide a back catalog of seven albums awash in ear-tugging jangle rock/pop and an undercurrent of haunting, Factory Records-style post-punk. The Silent Boys pull you into their sometimes upbeat, sometimes somber world where time has stopped in the mid-80’s with, as one writer noted, “ultra-melodic lead guitar, strumming acoustic, snappy drums, and expressive bass-lines that propel finely crafted pop songs, brimming with lyrical optimism.” 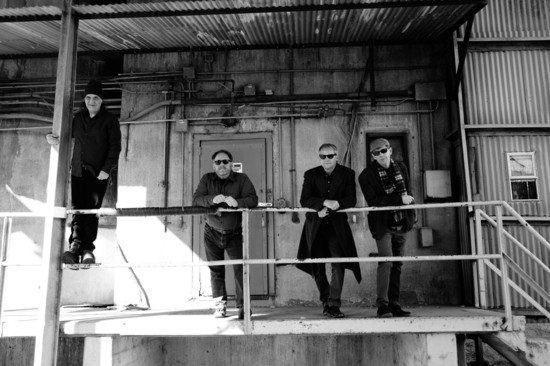 The Silent Boys sound like a retro-80’s band because, in every way, they ARE one! Band leader and founder Wallace Dietz began his musical journey at college in the early 80’s, crafting his first songs on a $20 department-store guitar while original drummer Tom Bowling banged out beats on metal Kool-Aid cans. Espousing the DIY ethic of the college alternative rock scene, Dietz borrowed an electric guitar and secured a child-size drum kit for 6 ft 4 Bowling for their first studio session in 1986. The Silent Boys continued to record throughout the 80’s (mostly with proper instruments!), and now, 40 years later, with their amps and guitars locked into the same settings as their formative years, the Silent Boys will debut their latest album, “Tilt-A-Whirl,” on May 15th, 2020.

Inspired by life’s many twists and turns, “Tilt-A-Whirl” covers a myriad of themes, filtered through the perspective of Dietz’s experiences as a high school counselor. The Silent Boys present songs about chasing love and adventure, the allure of autumn days at a deserted beach, and finding inspiration for creativity in city living. Acknowledging life doesn’t often unfold as expected, there are songs about the soullessness of consumerism, the turmoil from accepting a false image of beauty, and the dread from retreating to imaginary places to escape ridicule. For the Silent Boys, however, there’s always an underlying sense of hope derived from self-reflection, new perspectives, resilience, and forging ahead.