Right off the bat, this track grabs your attention. Head in the Clouds has a catchy bass groove and it really gets under your skin, in a good way. It’s pretty mellow instrumentally but it picks up a bit when the vocalist jumps in. He has so much emotion and energy and injects it directly into the song. His lyrical flow is pretty good too. I’d be interested to hear something a little more difficult, but this song shows a lot of promise for his skills. 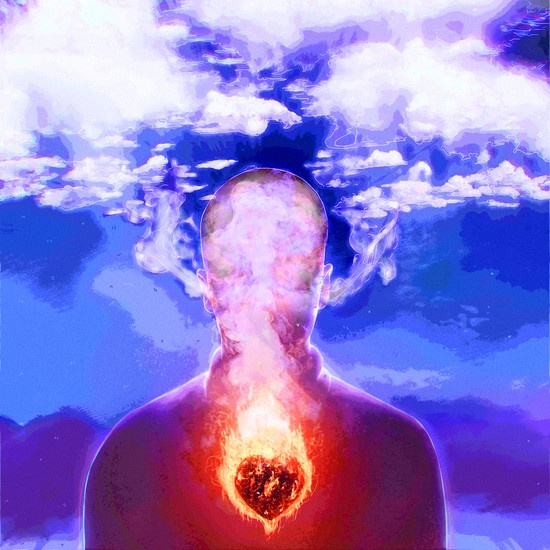 The lyrics themselves are kind of standard but for this track it works really well. The narrator almost sounds like he is hyped up on sugar or something and his thoughts are just streamlining through the song. The vocal deliverance is clear, precise, and enjoyable. The entire sound of the song reminds me of a personal favorite band of mine called Zebrahead. They don’t reinvent the wheel or anything, but they have a great sound and dynamic between the members. They know how to have fun and have a lot of pretty goofy and groovy tracks in their early discography.

I wanted to bring that up because, while Zebrahead isn’t a popular name, they do have a huge and devoted fanbase around the world. They put on excellent live shows and really connect with their fans. I feel like Reverse Mechanic could become like that. The group truly seem to enjoy being around each other and having fun. That can really translate well in a live setting for them.

My biggest gripe with the track is the fade ending. It’s one of my pet peeves. It works okay on Head in the Clouds, but for me, any song that ends with a fade-out is just lazy. It’s just advertising that the band don’t know how to end the song, so they just don’t. However, that doesn’t take away from the relaxing groove of the actual song. Head in the Clouds is a fun time and I would most likely come back to it whenever I need a song like that. It’s a track that can bring your mood up easily. That gets some major points from me because it is so easy to make a song that gets annoying quickly. This is not like that though. Good work Reverse Mechanic.