Brooklyn-based psych-rockers, ZEBEDEE, share stand-alone single, “Messy Boy,” along with a music video that takes several twists and turns in and out of reality. The bands’ sophomore album is due out in late 2020, and “Messy Boy” is just a taste of how the music is evolving and how the band continues to “dangerously flirt with the edge of madness (The Deli NYC).” With it’s hard hitting drums, grungy guitar tones and a flurry of fluttering vocals, that harkens back to the early days of Tame Impala, with touches of Kurt Vile and Queens of the Stone Age with its jet-fueled but quirky vibe. 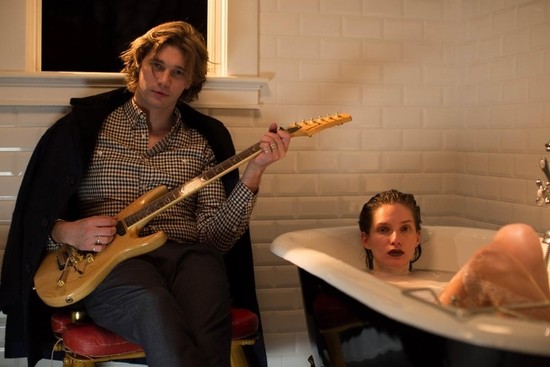 In the “Messy Boy” video directed by Mike Hsieh/Bowery Pictures, a beautiful woman awakens to find younger versions of herself, living out their wildest dreams. It’s all happening before her eyes. She starts out as a confident and energetic 8 year-old, then moves through to her angsty teens. Eventually, she joins the younger versions of herself and rocks out to the music playing inside her head. The team is spurred on by her imaginary friend, Messy Boy; The Elephant. The journey takes some begs the question: is it all a dream and does it matter?