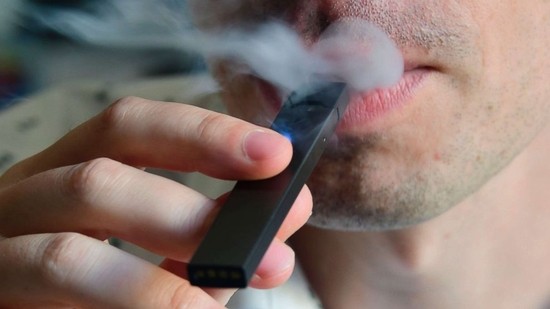 A great hazard exists with regards to vaping, and that hazard is misinformation. Lung injuries, respiratory illness and even death have resulted in justifiable concern. But in a rush to judgment and an eagerness to point the finger of blame, anti-vaping advocates are doing a disservice to the public by promoting a false narrative.

It is vitally important to the public health to get to the bottom of the recent epidemic of respiratory illness and lung injury among those who vape. An important question that is not getting asked is, why are those instances appearing only now, even though vaping has been a trend for over ten years? The hard facts are that it is not the vaping platform itself that is the cause, it is a combination of bootleg products and the use of Vitamin E acetate as a binding agent used in illegal and black market THC products. Mainstream vaping of commercially available pods and liquids have not been shown to be the cause of these serious health problems. The answer to the question posed is that the health hazard has only recently manifested, because use of Vitamin E acetate is a new phenomenon.

The CDC has acknowledged that the health issues are the result of Vitamin E acetate, yet the agency still continues to advocate against commercial vaping products which do not contain the ingredient, implying without any scientific evidence whatsoever that legal commercial vaping of nicotine-based pods and liquids may be related to the recent spate of lung injuries. To their credit though, the CDC has dropped its website’s warning against vaping nicotine products, instead warning that young people, pregnant women and elderly should not vape nicotine products, and also warning that THC cartridges should not be vaped at all, as they are more likely to include the Vitamin E acetate ingredient which has been shown to cause lung injuries and respiratory disorder.

To be clear on the point: Commercially available, legal nicotine vaping products do not cause lung illness. Inhaling illegal, bootleg THC products which contain Vitamin E acetate do. The pattern is clear, with 48 out of 51 patients having detectable levels of Vitamin E in their lung fluid. This is not the result of vaping commercial nicotine products, in fact, the CDC notes that almost all of the victims obtained their THC or vaping products from “informal sources” rather than legitimate resellers. Since identifying Vitamin E acetate as the root cause of the illness, and taking steps to shut down sites selling illicit cartridges, the incidence of illness has declined. According to an FDA press release, “…product sample testing suggest THC-containing vaping products, particularly from informal sources like friends, family, or in-person or online dealers, are linked to most of the cases and play a major role in the incidents.”

For those who wish to vape, the best course of action is to gain a thorough understanding of all the facts, rather than succumbing to hysteria. Nicotine vaping products are safe, and far healthier than tobacco cigarettes, and buying them from a reputable reseller with quality standards will help ensure that you are enjoying a safe product. Many resellers are getting ahead of the propaganda by instituting quality standards of their own, and buyers should look for resellers with quality standards. Larger resellers like Vapor Authority are leading the way, reassuring buyers that, as noted on the reseller’s website, e-liquids being sold “have been extensively tested by our team to ensure the absolute highest quality possible. If an e-juice does not meet our stringent standards, we will not carry the line. Period.”

The fear-mongering, and the incorrect association of lung disease with commercially available nicotine vaping products, may have a negative effect. While the illicit THC-containing vape products which contain Vitamin E acetate should absolutely be shut down, it would be irresponsible to condemn commercial nicotine vaping along with it. In a Journal of the American Medical Association report, it was noted that survey respondents increasingly perceive electronic nicotine delivery systems as more harmful than cigarettes, a factor that “may influence their decision to try or switch to ENDS use” as a means of smoking cessation. According to the report, smokers may perceive that there is a risk from e-cigarettes, and instead of switching to ENDS products will stick with their combustible cigarette habit. Here is an important point: Tobacco cigarettes contain toxins and carcinogens, vaping does not.

The fact that the misinformation is discouraging smokers from switching to e-cigarettes is a true public health concern. Time and time again it has been shown that vaping is safer and healthier than smoking combustible tobacco cigarettes, and that it is an effective smoking cessation tool. Furthermore, science and research has already shown that vaping does not contain the carcinogens and toxins contained in combustible tobacco cigarettes.

It is irresponsible for authorities to imply that what has become by far the most effective smoking cessation tool in the history of smoking may be dangerous, when studies have shown it to be healthier and safer. The real culprit has been identified, and it’s time to focus on the illicit products and not legitimate vaping liquids and pods.