Watch his previous video for “Nobody’s Comin'” and it’s clear Dennis J. Leise isn’t afraid to push a few buttons if it gets the job done. The video considered to be a “gospel song for atheists” piqued a lot of curiosity amongst viewers. How could someone as disarming, non-judgmental, and warm as Dennis cause them to rethink everything they’ve ever held true in their hearts? You just can’t stay mad at the guy because you know he’s got a point! 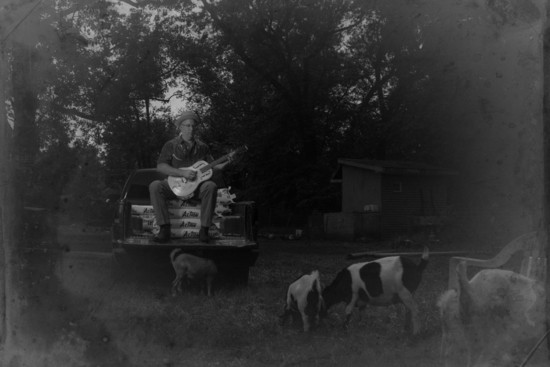 The new single, “Dipshits,” is another standout track from his new State of Fairs album. It isn’t quite as nuanced as “Nobody’s Comin'” with the message, but as sure as the night is dark and as sure as people will say stupid stuff on the internet, it hits the nail on the head. At a time in history when the world is seeing massive social and cultural shifts, most people seem like they’d rather experience through a 6 inch wide screen. There’s a frustration in the song talking about those people who are more concerned with capturing their own moment for an online audience than actually being present in their own reality. Of course, Dennis is able to deliver his message with a concise, persuasive presentation. The western country meets bluegrass delivery uses a spacious kick drum, four on the floor backbone with a minimalist layer of guitar picking to set the tone.

Another thing about Dennis is that he’s a man with a sense of humor. For the new lyric video for “Dipshits,” the inspiration came from a roadside sign warning drivers of distracted bicycling. The logical next step, of course, was to imagine what else in history might’ve been blamed on a distracted train conductor, or better yet, a distracted zeppelin pilot. We challenge you to walk away from this song and not hear his warm baritone “DIP-shits!” delivery resonating in your head. It’s a touch of gallows humor, sure, but it definitely is fun. Like we said, you can’t help but smile and love what he’s saying, even if deep down we all know that we’re all a little guilty of being a “dipshit.”