“I have always had a passion for dancing since I was ten years old. After watching countless dance shows on TV I became mesmerized by the elegance and freedom it offers.” 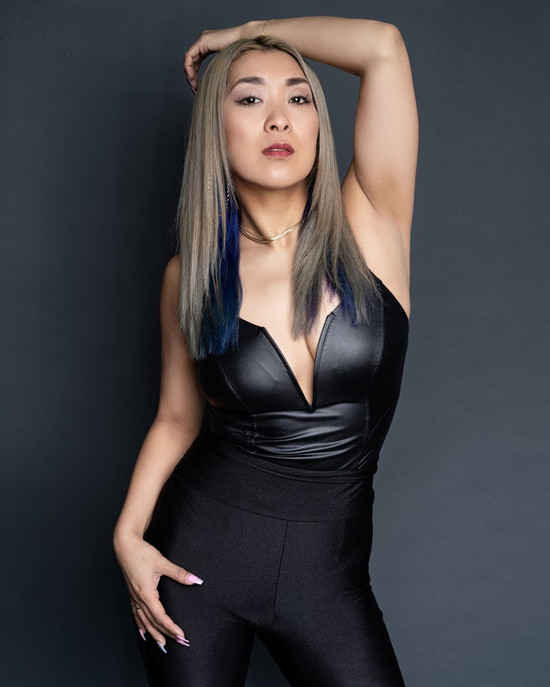 Fast forward many years and Satoko Mori has been able to express her passion through dance on a large scale. She was not only attracted to dance but also the piano which she began to learn around the same time as dancing. Her mother, who is a pianist, was her biggest inspiration. She was the one who enrolled Satoko in dance classes at that tender age. From there she trained in ballet, jazz and theatre jazz for over ten years. She then attended the Broadway Dance Center in Japan where she learned Hip Hop, House and musical theatre dance.

Satoko would attend the TOHO COLLEGE OF MUSIC and majored in classic piano then is where she became more addicted to dancing. In 2008 she moved to New York to extend her training in dance at an affiliate school, the Broadway Dance Center which she attended for two years honing her skills in Hip Hop, commercial dance and jazz. Luck would have it that she began booking gigs in 2010. Her first big performance was in 2012 with Madonna. That experience only fueled her desire to pick it up a notch and take it to another level. She soon booked a gig with Sean Paul dancing in his smash hit video “Turn It Up”.

Her talents were soon noticed and more gigs began to appear one bigger than the other. She would soon find herself working with Hip Hop star Lil’ Kim in 2011 (still working with her to this day) and then Ashanti since 2013. Satoko had the pleasure of co- choreograph with Eddie Morales, Lil’ Kim’s recent single “Nasty One” in 2018. She would end up touring with Lil’Kim in Africa and Australia. She also toured with Ashanti as well. Besides these major acts she has also performed with 50cent, Fabolous, Faith Evans, Remy Ma, Bad Bunny, Pharrell Williams and Ciara. Eddie Morales (dancer / choreographer for Mariah Carey) happens to be one of her favorite dancers / choreographer’s growing up and now working with him. It is no surprise when she ended up performing during the ESPN Monday Night Football Genesis Halftime Show Live in front of thousands. This month on the 24th she will be featured in the new video by Latin sensation Thalia called “Ya Tu Me Conoces”.

“I love working in either TV or live performances. But there is something about live performances where you feel the energy from the audience and even thought I was nervous it fueled my desire to perform at my best.”

Besides, working with all these A-list acts, Satoko also takes her time to teach others at the EXPG STUDIO NYC BY LDH in Manhattan. She also teaches kids in Queens, Long Island and the Bronx. In addition, she is part of a dance team called Strykeforce Entertainment where they teach workshops here and Japan. Satoko has accomplished so much already and yet is looking to reach another level. In 2020, she is already looking to continue her co-directing with Japanese comedian Ken Shimura during the summer. Yet her main goal is looking to create her own shows and be more at the center of the production and choreography. Satoko Mori is a force to be reckoned with when she hits the dance floor so look out for her in upcoming events here and Japan.