David Allen’s music is described as “No bullshit, just straight up good music out of the heart and through a glass of whiskey and a cigarette.” Such a description may not exactly be politically correct, but it’s likely music to the ears of real country music fans. He sings roots music, and unlike Bruce Springsteen – who admits to never holding down a real job – started out playing in bars by night and working construction by day in North Dakota. His sound is strongly influenced by outlaws, like Waylon Jennings, Johnny Cash and Merle Haggard. All three of these men – with a nod to Frank Sinatra – always did it their way. Therefore, these men might have inspired Allen, but he nevertheless is charting his own individual course. 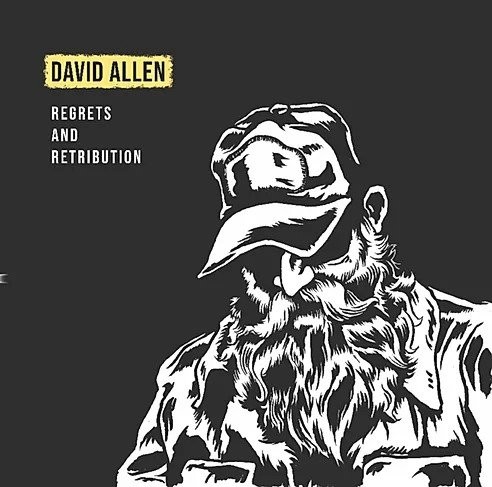 This track kicks off with a thumping, electric guitar groove. However, this is a raw, country-influenced track, and not at all the more polished sounds of Brantley Gilbert and Jason Aldean, which merely masquerade as country music. Lyrically, this song draws upon familiar country themes – particularly Southern themes – especially when Allen begins: “The devil he does follow me.” Tis adds to a long musical tradition of hounds of hell being on a musician’s tail. There’s a common trait of, on the one hand, raising hell, while on the other hand, knowing one will face a judgement day for said deeds.

Nearly midway through the song, an organ solo stands out in the mix. It’s a place where the Aldeans and Gilberts of this world would have placed a screaming hard rock electric guitar solo. However, it’s a place where Allen proves he’s distinctly cut from a far different cloth. He doesn’t want to be the next hard rocker in a cowboy hat; he’d rather be respected for his sincere country soul – one that feels as comfortable with rock elements, as he is with more country-associated sounds.

This is a relatively short song, clocking in at fewer than three minutes. It’s not a pop song, not by any means, yet Allen somewhat sticks to pop music time restrictions. Toward the song’s end, he tells us he has one foot in the grave, while he’s waiting for his judgement day. He doesn’t, however, sound like a guy particularly sorry for his sins. Instead, he’s merely telling us who and what he is, and he knows there are consequences for the type of life he’s lived. That’s a bit refreshing, too, in our day and age where so few are willing to admit to their faults. It’s all too common to find someone else to blame, instead. Blind Willie Johnson sang, “It’s nobody’s fault but mine,” and Allen is dutifully following in his footsteps. If only others were equally willing to walk that dangerously vulnerable path.

“Judgement Day” is but a small taste of what David Allen can do. Nevertheless, it’s enough of a sampling to immediately notice how he’s the real deal. We need more of what Allen brings to the table because he lays out an artistically healthy spread. Or, to put it another way, there’s no junk food with this guy.