Toronto bedroom pop artist Aunty Social (real name Daniela Gitto) shares the final track, “Cortex” from her forthcoming debut EP, The Day My Brain Broke. The EP will be released on March 6th, 2020. When asked about the inspiration behind the song, Daniela said, “I decided to imagine the person who caused a lot of trauma in my life as the fictional enemy of Crash Bandicoot named Cortex. When I was a child, I was so encompassed by the game that I would imagine all my peers as characters from the video game. My best friend would be imagined as CoCo Bandicoot and anyone that did me harm would be Cortex. The song is bright and uplifting so I decided to challenge that by masking the negative subject matter with childlike innocence.” 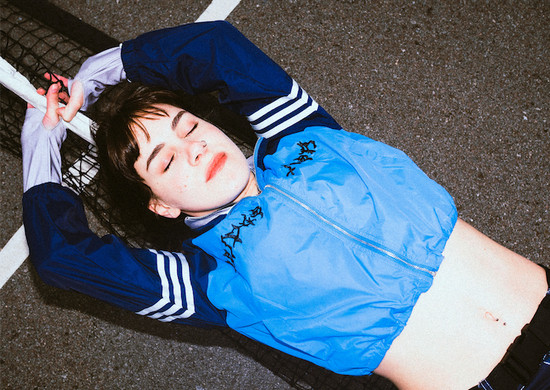 The Day My Brain Broke was written during a pivotal and cathartic time for Aunty Social, with each song chronicling a chapter of her evolution as she worked her way out of a toxic lifestyle. All of the artwork was self-created by collaging mixed media with older personal family photos to help honestly illustrate her feelings and experiences behind the music. The moniker Aunty Social comes from Daniela’s past insecurities and periods of isolation, when she’d use music as a therapeutic aid to address her own struggles with mental health.

“Each song represents something that affected me during my upbringing and during this journey into a toxic lifestyle,” says Daniela. “There are a lot of underlying mental health things that intertwine everything together.”