“Dry water” may seem to be an impossible concept – which means “Aqua Seca” is the perfect name for a musical project making impossibly creative sounds. In April 2019, Trent Hankinson began Aqua Seca, his new solo music project. But this Orange County, California native is not new to music in any way: he’s been playing drums since he was five and says that “music has always been a part of me, I wouldn’t know who I was without it.” 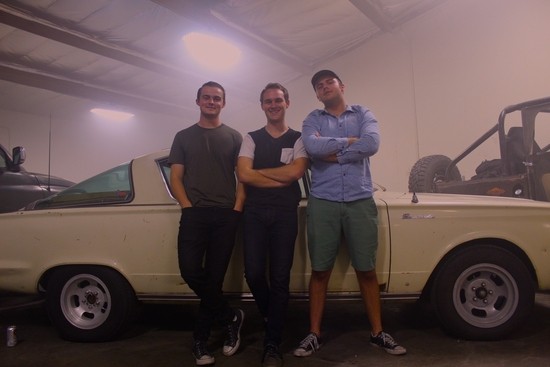 Hankinson is not just the mastermind, but the sole creative force at play here: though he enlists a live band for performances, he writes and plays all parts on Aqua Seca’s recordings himself (Greg Calbi of New York’s Sterling Sound masters everything). Taking influence from everyone from early Tame Impala to the Beach Boys, the first Aqua Seca album, Neural Stereo, will be released in January.

The new single “Don’t Care” is a taste of what to expect on Neural Stereo. Ever the mysterious creator, Hankinson isn’t one to reveal what the meaning of the song is – instead, every listener can take what they want from it and create their own meaning. On-screen, “Don’t Care” shows reckless abandon – and a sense of limitless freedom. The video was filmed on the Salt Flats in Utah – an epic, expansive setting that fits the feeling of the song itself. No matter which way you look, everything seems perfect and never-ending until you reach the horizon. Dressed in a suit and tie, our leading man sits down in an empty airplane seat… but where is he going? One thing’s for sure: he has no idea.