What do you get when East Coast flavor and West Coast heat mix? You get groove, you get energy, and you get Caliyork. This R&B and soul duo is made of up of the infamous DJ Tony Touch and Austin Brown. Brown, a Jackson family musical heir, teamed up with the NYC based DJ back in 2016 to deliver that classic 90s R&B sound. 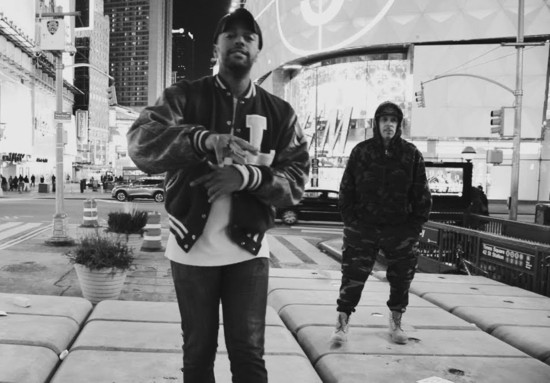 Touch is a pioneer and veteran in the DJ game and representative of the Latino community. Besides being in demand globally, he has spun for Eminem and has worked with artists like Snoop Dog and P. Diddy. Brown, on the other hand, began his music career by posting cover songs on social media. His follower count rapidly increased once he started releasing original music. In 2018, Brown moved to LA to narrow down his focus between either acting or singing. He decided to stick to music and now, on top of being a musician himself, writes and produces for other artists.

Switching between studio scenes, New York City street views, and underground club shots, the “Ride” music video is in black and white, giving an old school production vibe. Besides capturing Touch and Brown in their prime, “Ride” features Brian London and Styles P. Brown’s cool voice and Touch’s clean and fresh track equates to a groovy nostalgic-golden-era-of-hip-hop sound. The lyrics don’t beat around the bush as Styles P raps, “Real lucky I got a gym hat / I work you out like a gym rag.” “Ride” is downright about all night loving clarified by Touch’s delays on specific words and discreet, sensual sound effects.