Maybe that TV gameshow Who Wants to Be a Millionaire comes to mind when you think of a lifeline. You remember, of course, how whenever a contestant needed help or confirmation for a money-winning question, he/she could ask the audience, or use the 50:50 game computer to eliminate two wrong answers, or phone a friend. And yes, that is a lifeline, of a sort. However, that’s hardly what Antony Payne is singing about with this urgent alternative rock song. Instead, this song digs far deeper than helping somebody win a mere gameshow. 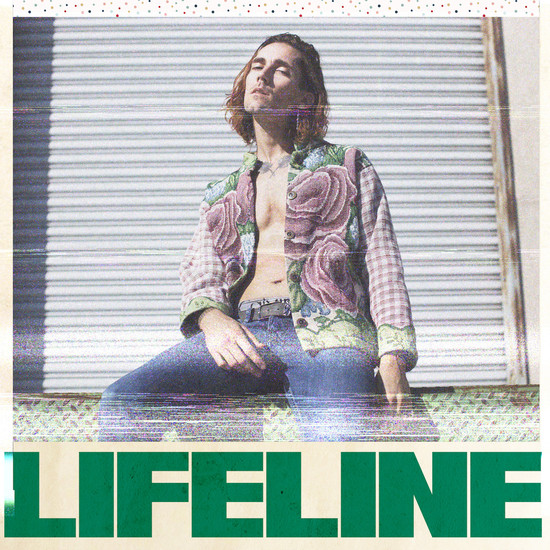 Payne sings in a kind of yelping vocal style about acting as another person’s lifeline. He starts out the song singing it quietly over a minimal music bed. He’s soon joined by keyboard and percussion accompaniment. It’s not long, though, before his vocal volume goes up as he sings, “Call me at your worst time.” Ironically, while he’s offering the help, his vocal tone sounds like HE’s actually the one that needs help. Melodically, this song is unusual. It doesn’t have much going on in way of variety. Instead, once its intensity kicks in, it stays that way throughout its 3:25 length.

The song features some unusual lyrics, as well. At one point Payne sings, “Shady/I’ve been on my Ray-Bans.” In Southern California, where the sun shines most the time, one supposes top tier sunglasses can we worn year-round. In other places of the song, there are some odd rhyming lines, too. “You can wander/But I’ll find ya,” he sings. And when he vocalizes, “You are the one/My only one,” he again sounds like he needs more help than the one to which he’s offering a lifeline. The lyrics come off as stream of consciousness rantings, rather than any kind of organized writing, most the time.

It’s difficult to put this track into any particular stylistic context. It has a touch of a Gothic feel, what with the desperation in its vocal. It also draws upon hip-hop minimalism musically, as well. It also has a bit of a dance music-inspired instrumentation. It’s not the sort of song that will likely appeal to mainstream pop music fans. That’s because it’s foreground music, as opposed to background music. By its very nature, it forces you to pay attention – and close attention, at that.

Whatever you want to call it, though, terms like ‘warm’ and ‘fuzzy,’ never come to mind. It’s not a sweet or tender tune, even though it is – on its surface – empathetic. It’s a strange entreaty with a vocal that sometimes sounds more like a wounded animal than anything human.

So, who is this song aimed at? It sounds very personal. Usually, personalized message songs are quiet and pretty. This song is loud and hyperactive, though. It’s so unusual, it begs the listener to want to know more about its creator. What inspired this – for lack of a better term – rant? What drove him to this point? Was it a singular event? Why did the other need a lifeline? These are all valid questions. Great music oftentimes asks more questions than it answers, and this is one song that clearly asks a lot of hard questions.