With release of the single “Spinning Wheel,” many may be introduced to Flo Chase for the first time. The song mixes an indie-pop musical sensibility with a lyric that speaks of unceasing love. Chase has lived in various countries over his relatively brief lifetime, speaks multiple languages and is a multi-instrumentalist. Oh, and he’s also a model. Therefore, it wouldn’t be a stretch to call him a modern-day renaissance man. 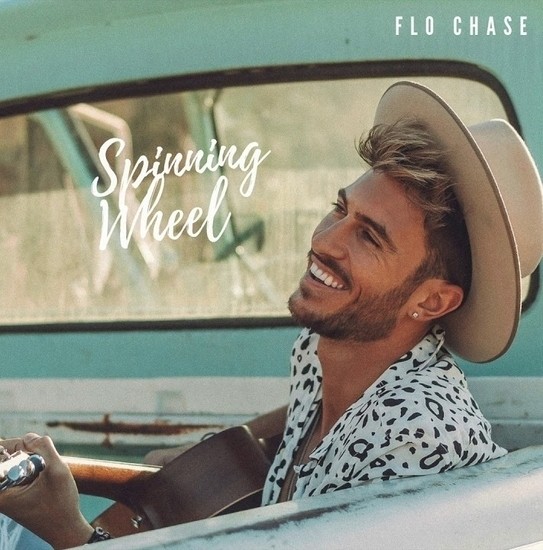 How has living on three different continents help shape you as a songwriter?

To this day, I believe that the experience of moving from country to country at a young age is what really brought me closer to music and remains the driving force to my creative writing.
Discovering new places, missing loved ones, meeting new people/making new friends and adapting to new cultures have all been consequential spheres of inspiration.
Therefore, I would definitely say that traveling and living on three different continents has significantly help shape the sentimental substance of my music.

Did America live up to the dream you had of it growing up? If so, how? If not, how not?

That’s a great question and I would have to answer ‘yes’ and ‘no’ to this one.
Of course, the children’s eye sees things differently; so, comparing it to what a ten-year-old version of me envisioned back then, I feel wouldn’t make much sense today.
Though, I would say that moving to Los Angeles has definitely had it’s up and downs in general.
It definitely still feels very surreal to be living in the place where most movies I watched growing up and still watch today are being shot; It’s like a real-life set!
Additionally, this stage of my career, it feels right to be located here in terms of span for opportunities.
However, compared to life back in Australia, I find it quite stressful here when it comes to traffic, cost of living, competition and hearing back from people. I personally found a healthy balance in stepping out and clearing my head every two or three months.

Where did you get the idea for the ‘spinning wheel’ in your new single?

I was trying to attach the concept of unceasing love to an object and that’s when I stumbled across ‘spinning wheel’.

What are some of the musical influences that helped to inspire the sound of “Spinning Wheel.”

To name a couple I would include; Ben Howard, Kings of Leon, Angus and Julia Stone, The Lumineers, Avici and The Paper Kites.

Your debut is called Le Debut. Is that a joke about your French heritage, or do you also sing in French? Do you speak French?

No actually ‘Le Debut’ in French stands for ‘The Debut’; and this being my first ever release is why I chose this title. Yes, I do [speak French], French is actually my native tongue and I only started speaking English at the age of twelve when re-locating to Australia.

As a model, what were some of your favorite modeling jobs?

I have been lucky enough to work on some very cool campaigns over the years and to mention a few I would include; playing drums on a Tic Tac commercial, shooting a Quicksilver summer campaign with my brother Theo as well as shooting for Vogue.

You’re a multi-instrumentalist; what instruments can you play and do you have a favorite?

Guitar, piano, drums, banjo, ukulele and vocals. While vocals and guitar remain my two primary instruments; drums are definitely a fun one also.

If you were to name the genre of music you play, what would that be?

I would say ‘Indie folk pop’.

Is Flo Chase your real name? If not, how did you come up with it? If it is, how cool does this make your parents?

No, my real name is ‘Florian Tarpinian’ but since a young age everyone has been calling me ‘Flo’. I came up with ‘Flo Chase’ while trying to find a name that would translate well internationally and since I’ve always been a big supporter of going out and ‘chasing your dreams’; the sound of ‘Flo Chase’ resonated well.
And no way! My parents are so much cooler than me.