Andy Rosen was born in Cleveland to Theresa Anne Blumberg and Cleveland Indian’s slugger, Al Rosen on February 1st, 1957. He had a fascination with his grandparent’s player piano, down in Dothan, Alabama, where his mom grew up. This led to his grandparents buying him a piano for himself to play back East in Cleveland. Lessons ensued, but Andy was incorrigible, leading to at least one Jazz pianist’s nervous breakdown. 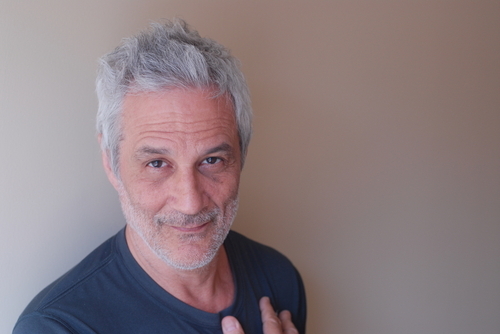 Andy played in a couple of local bands in Vegas and went to Reno for college where he picked up boxing. “I would have fought Sugar Ray Leonard in the Olympic Trials had I not busted my knee skiing the week before” recounts the singer. “We met at the trials and he told me to put down the crutches, because he didn’t want anybody saying they could have come back and beaten him.” Not wanting to push his luck, Rosen didn’t say a word, and decided then that music was his real life’s passion.

Says Goat about his band, “I have a terrific trio in Danton Boller on bass and David Berger on drums. They recorded this record with me and all three of us love to emote and improvise when we perform and look to tour as much as possible.”