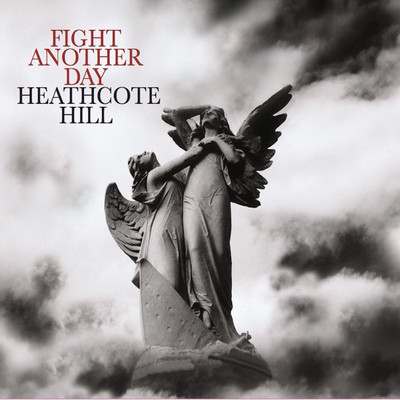 Heathcote Hill draws the name for its single, “Promised Land,” from the Old Testament story about a homeland God promised to Abraham and his descendants. This was a region described as a land that stretched from the River of Egypt to the Euphrates river. In modern terminology, however, this promised land came to be known in African American spirituals as paradise or heaven – especially as an escape from the cruelty of slavery. More recently than that, however, Martin Luthor King Jr. applied the promised land analogy to his messages during the civil rights movement. He referred to it during his memorable “I’ve Been to the Mountaintop” speech, where he assured, “But I want you to know tonight, that we, as a people, will get to the promised land.” Almost needless to say, the phrase “promised land,” has a long and storied history.

Heathcote Hill’s single “Promised Land” is taken from its Fight Another Day release. It’s a moody, folky-bluegrass-y acoustic piece of music, and speaks – or so one surmises – of heaven. Its verses advise Earthly dwellers to live moral lives, in order to meet again in the promised land. The song’s oftentimes parental advice includes a dad encouraging a child to work harder, and a mother admonishing an offspring to avoid telling lies – even though others lie.

The track is built around acoustic guitar, which is colored by mandolin and sparse electric guitar. This duo consists of a female vocalist, and a male instrumentalist. However, these two are accompanied by other fine musicians, though, which lends this track a band-like arrangement.

What separates this particular track lyrically from old African American spirituals, though, is its relative uncertainty concerning the promised land/heaven. “The truth is more than we can understand,” they tell us, “and I can’t swear there is a promised land/No, I can’t promise you a promised land/But I will be there with you if I can.” In other words, the words to this song are a wish or a hope, rather than a prediction for the future. The listener is left with the impression that the narrator of this song desires to believe what she’s been taught about the afterlife, but she still hasn’t come to terms with its firm reality. This message is somewhat symptomatic of modern man’s tenuous relationship with religion – particularly the Judeo-Christian variety of religion. There was a time, and not all that long ago, where it seemed like many people – particularly American people – espoused Christian beliefs and values. If not so much heartfelt beliefs, these at least followed culturally Christian values. That sort of widespread faith, however, is quickly disappearing. The singer of this song, then, is almost like a spokesperson for modern (mostly) non-religious people.

So, in a sense, you might describe this short, 2:47 song, as a type of anti-spiritual spiritual. It utilizes spiritual terminology and encourages spiritual/moral behavior yet doesn’t quite promote with any certainty an afterlife reward for behaving well. Even though there may not be a heavenly reward, though, this song suggests we all should still live good lives. It’s been said that the definition of integrity is what a person does when nobody’s looking. Similarly, one should act rightly, even if there isn’t an eternal prize at the end of life. In other words, the promised land is a life well-lived.