A typical security guard is someone that protects life and property against damage or misuse.  This would also include the prevention of theft and break in as well.  On the whole, it is a protection of assets of a person or company. Most countries have strict codes that apply to the personnel that work in this sphere and the conditions of qualifications are much stricter for those handling weapons to carry out the duty.

With the intervention of modern technology and gadgets to protecting and safe keeping of assets, one of the emerging trends is to use electronic surveillance in place of the physical watch that the traditional security services tend to provide.  The increased use of machinery to safeguard a space has meant that a new kind of trained guard is required to operate the systems put in place. 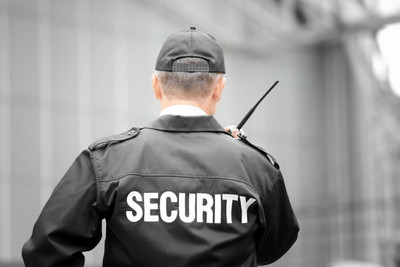 Broad classifications of the security guards

It is possible to classify the security guards into the following groups depending on the functions that they carry out as well as the kind of training that they undergo to function effectively.

As the very term suggests an unarmed guard does not carry any kind of weapons. Certain countries allow the use of a baton as a means of exerting the authority but never firearms of any nature. The role of the guard is to provide a physical presence in and around the area or patrol space.  It is necessary to differentiate out, the person on guard duty by using a uniform to create an identity.  One of the features of an unarmed guard is to support the general security services in forming a presence at the premise.

An armed security guard often carries a firearm securely on his person.  The intention is to prove intent to hurt the intruder. Every place that does allow an armed security person does require strict control over the training programs as with the fire arms and ammunition provided to the security guards.

It is a common practice to have retired or people who have done active service in the police force to form the armed guards. These groups of people need not be provided with specialized weapons training quite unlike a fresh hand at handling arms. Often the arms borne by the security guards tend to be just an act of projecting a force and never is used unless absolutely necessary.  Additionally, the armed guards could double up functionally as unarmed guards by conforming to a beat and routine.

These are security personnel that are deployed by companies or corporate to guard their installations. They form a rather complex set of services with coverage ranging from front desks to the warehouses and factories run by the corporations.

What sets apart the corporate security guards is the fact that they are trained to act courteously to who so ever that they come across during work.  Often they tend to remain in the background and prefer to project a subtle presence as opposed to a more visible role.

Increasingly the corporate are using sophisticated monitoring and surveillance systems to secure their premises which means that the role of the corporate security guards too is changing.  When it comes to production centers and factories of the corporate, it becomes necessary to arm the personnel deputed to keep the space sterile.

Closed Circuit Televisions are the latest entrant to keeping property and people secure. It has meant that it is possible to have a watch and ward service without having to use as many people as without the circuit television.

The security personnel that sit in front of the screens monitoring the visuals tend to be some of the highly-trained security guards possible. Most people are given specialized training in spotting abnormalities from the visuals present on the screen of the televisions.  It must be observed that the CCTV system is a force multiplier when it comes to guarding a space.

Every country has its legions of guards that get to watch over buildings and people. This is a highly regulated state of operations with each of the areas of operations being well set with its set of regulations. The training and regulatory set up are do designed to cater to the very threat perceptions at the locations.