The Pierce Project, three brothers making harmonious music together, have released “Time is Absurd (Favorite Song),” a single from the group’s album Last Days of Summer. The song begins with a summer-y keyboard part, before the lead vocal begins. It’s not long after that where a few more voice join in the mix. 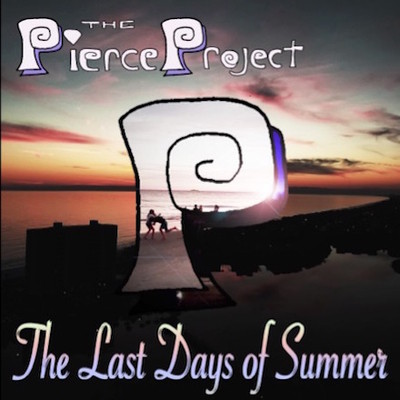 The song’s chorus speaks of one person not having a favorite song and never learning how to sing along. The lyric is a tad philosophical, especially when The Pierce Project sings about how time is absurd. The listener may have trouble connecting the dots for these lyrics, though. What does it mean that time is absurd? Is it because time is a human construct, invented to somehow measure life? Why would that be absurd, anyway?

The line about not having a favorite song also doesn’t seem to fit. A musical artist without favorite songs is either dishonest or indecisive. Every artist has musical influences, with favorite songs. If not, why would artists jump at the chance to contribute to tribute projects? Why else would so many performers encore during concerts with favorite cover songs? Secondly, why is this band – which is heard singing a song – try and convince us they cannot sing? That, too, sounds more than a tad disingenuous.

This song also begins with the singer complaining about how his hair is too long. Too long for what, exactly? Long hair for men was a major issue back in the Sixties, but it’s hardly a controversial point these days. These lyrical examples serve to point how much of this song adheres more to stream of consciousness writing, more so than any sort of directly specific message.

It’s easy to get lost in the sound of this recording, as the singing is so good. You just don’t hear vocals this far up in the mix for many modern recordings. Today, it’s so popular for pop musicians to focus more on creating unique beats. Rhythm is oftentimes more of a priority than melody, let alone vocal harmonies.

With this said, though, these words are sung in an almost childlike manner. With its lyrical non-sequiturs and plaintive vocal arrangement, this song has a kind of innocence about it. It comes off a tad naïve in places, as though these performers were trying to reach back to before they were adults and writing and singing adult songs. This doesn’t make the song bad, per se, as much as it creates a sonic mood strikingly out of step with so much popular music. When you compare this type of song with, say, most any popular rap song, it’s quite different. Rap music, much of the time, is built upon bragging and one-up-man-ship. The whole idea of many rap songs is to prove how great the performer thinks he/she is. Not so with “Time is Absurd (Favorite Song),” though. Instead, it’s a song of such childly simplicity, it seems to live in a world where hip hop music doesn’t even exist. Its arrangement, with its floating notes, is about as far from hardened R&B and rap music as possible.

Time may, indeed, be absurd, but so too is The Pierce Project’s new single. Either they’re playing the role of innocents, or they’re just naturally precious unworldly souls.