Radio Drive’s In The Light hearkens back, in many respects, to early work from The Cars. The songs are endearingly concise, much like The Cars’ debut album. At its best, as on “Moving On,” Radio Drive featuring Kevin Gullickson even sounds like vintage, mid-Sixties Beatles – especially this track’s earworm electric guitar riff. 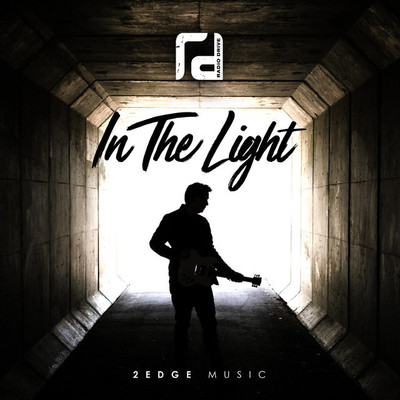 Where In The Light somewhat falls short, though, is in its lyrics. One called “Life,” for instance, attempts to bite off a little bit more than it can chew. It attempts, in just a short pop song, to sum up the whole meaning of human existence. “Life is joy/Life is pain/Life is sunshine/Life is rain,” are a few sampled lines from the song. Yes, it’s true that everybody who is alive experiences both joy and pain. Some days are sunny, while others can be rainy. However, these aren’t words that tell us anything particularly new about the world. Even small children realize living in the world means experiencing both joy and pain. Stating the obvious is not insightful.

The album’s title, in a sense, promises far more than it delivers. We look at things in the light because when we examine them in the dark, they’re not always clear. Thus, it would follow that calling the album in The Light would lead to songs more revealing than merely restating what we already know. With that said, though, Radio Drive’s best lyrical song is “One Life to Give.” It begins by referencing a New Testament story, where Jesus feeds 5,000 with just one boy’s fives loaves of bread and two fish. Although Radio Drive draw some of their inspiration from the Bible, this song is not especially religious. Instead, the act utilizes its theme of sharing with others in need to highlight how we moderns need to learn to share with those less fortunate.

What is at times frustrating about Radio Drive is the contrast between the band’s inventive music, and its largely simplistic lyrics. Those that recall The Cars heyday, fondly remember how that Boston band brought back classic pop-rock songwriting. Against the sonic landscape of bad prog-rock (Styx), AOR blandness and dumb disco, The Cars appeared as a savior, of sorts. Similarly, Radio Drive create songs that are instantly pleasurable, in much the way early Cars songs were. Radio Drive’s sound, then, is a breath of fresh air.

Much of this music is propulsive rock, although the piano ballad “What Went Wrong” slows the groove down significantly. It also changes the mood of the album, from positive, forward-looking lyrics, to sadder, more regretful words.

The album closes with a faithful cover of The Church’s “Under the Milky Way.” Even this vocal sounds like the original, in a low and foreboding tone. Radio Drive might learn a thing or two from The Church’s poetic approach to writing song lyrics, too. That band can be both picturesque and, at the same time, cryptic when composing the words to its songs. Radio Drive has the art of creating smart, hooky pop-rock songs; a little more attention to creating equally smart lyrics would go a long way in improving the group’s overall artistic attack. Let’s hope this band finds itself in that light in the future.