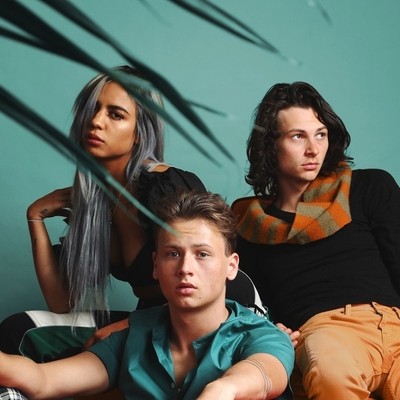 Los Angeles-based trio THE GREYS just released their newest music video “Drama” as they are gearing up for the release of the debut EP. The song is a brazen look into the harshness of transitioning to a new city, where a hand-full of people that seem to be supportive, but, only stick around long enough to take what they could and then dip out of the picture. The song, birthed out of a “middle fingers in the air” takes a playful turn with the beat, highlighting that fake people aren’t meant to be taken seriously. Life is too short to fill it with people that love drama.

Unpredictability drives the Texas-born and Los Angeles-based trio THE GREYS – Sydney (22, vocals / guitar / piano), Jayden (21, vocals / production / drums / rhymes), and Silas (20, vocals / piano). Born to worship pastors who led Texas megachurches, THE GREYS grew up around music. They can vividly recall working the merch booth and going on tour with popular faith artist Susan Gray, otherwise known as their Mom. By high school, the three budding writings began creating music together. A song about the tragic passing of their dog made it into the hands of an Interscope Records executive who immediately saw potential in the band. The siblings packed up and moved west, devoting the next year to writing, producing and recording countless songs influenced by a shared musical palette that spans everything from Frank Ocean to Switchfoot. After some years, the partnership dissolved, and this is when the band truly started to discover their own voices. “The sound is like the color grey,” Jayden leaves off. “it’s not a dark or light color. It’s in between, but it could be used for either one. We make darker music. We make lighter music. It’s a mashup of who we are. We can everything, but we’re always The Greys.”