Eye’z & Justin Llamas are two of the most popular singers in the San Francisco bay area. Justin Llamas is a big time youtuber with two albums under his belt & over 4 million views. His latest Album “Party on the outside” is hot! 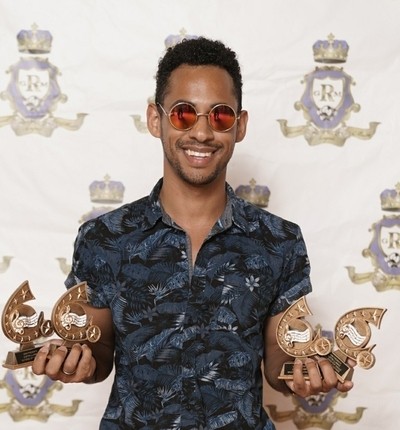 Justin Llamas won 3 Awards for Feel Good Pop single for “Party on the Outside” Best Pop vocals for “You Run I follow” and a nomination for “Outside the Box” for being a free thinker but it was his win for “Most Magnetic personality” where Eye’z presented his award, a quick hug and a smile was given straight ahead to the cameras only to last fans a lifetime.

Justin Gave a heartfelt speech thanking his Aunt Len whom he dedicated his award to.

Eye’z won an award “social media star of 2019” and also performed a quick piece on the piano singing her song “Lovely” which left the audience in awe as the host Sandra Risser thought she was performing to tracks! 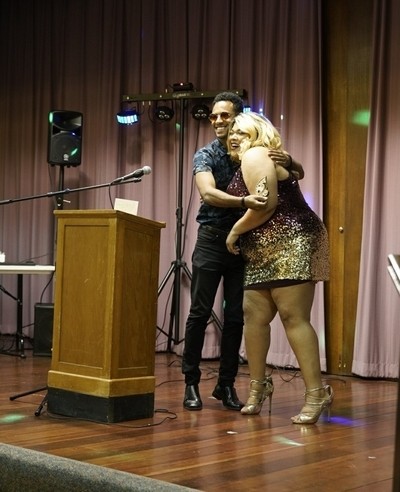