Sean Shiff’s “Medicine Lake” begins, simply, with acoustic guitar, bass and drums. It starts with Shiff singing about morning view of this lake, which is set in a small town. It’s mostly a scenic route sort of song; that is, of course, till it takes a philosophical turn at the end. “If all of the icebergs/Had been out of the way/Still no one on the Titanic/Would be alive today.” This line about nobody still being alive has nothing to do with, perhaps, another disastrous accident taking these people down. Instead, it’s just time. It’s been over 100 years since the Titanic struck an iceberg during its maiden voyage from Southampton to New York city, killing more than 1,500 people. This Titanic reference is a strange and unexpected lyrical turn. 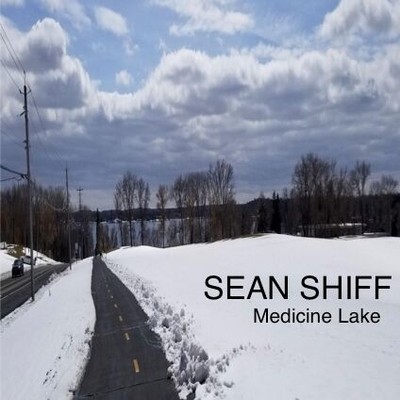 Even with this sudden, late lyrical departure, it’s nevertheless difficult to read much meaning into Shiff’s song. Shiff sings this song with extreme vocal economy. He doesn’t apply vocal trills. He doesn’t hold notes for long lengths. He doesn’t really seem to exert himself, vocally, at all. He sings right on key, too; he just doesn’t make the singing part of this tune anything that’s front and center. This vocal is taken at a slow, measured pace. It’s sung the way someone speaks when they have something important to say and they don’t want to rush through it. They want to make absolutely sure the listener hears and understands every single word spoken.

The track does, however, include a fine guitar solo at the end. Like the song’s singing, though, it’s also economic and wastes no notes. It’s the polar opposite from an Eddie Van Halen speedy solo the way, say Shiff’s vocal differs so widely from someone like Barbara Streisand’s singing. There isn’t just one solo on the end of this song, though. Instead, electric guitar acts as a kind of counterpoint to Shiff’s vocal throughout. Think of this as an instrumental duet part, so to speak, alternating with Shiff’s singing.

There’s also a verse where Shiff talks about guys walking on the ice. He sings about how there is a mistake one doesn’t make twice. Could it be that he’s singing about those that walk on thin ice and then fall in? If so, that would be tragic.

You also find yourself asking if Medicine Lake is, in fact, an actual lake, or a metaphor for something else. It is possible Shiff is talking about the Titanic disaster and folks bravely walking on thin ice to describe those that are unaware of dangers up ahead. The sinking of the Titanic was an epic disaster, whereas someone falling through the ice – although just as horrendous – is much more of a personal dilemma. Strangely, though, Shiff’s voice is calm and measured. He’s not hurrying his words, as if to warn, ‘Watch out! There’s danger up ahead!’ Instead, he sounds almost as mesmerized as those unknowingly headed for a bad end.

Sean Shiff’s “Medicine Lake” may be the sort of song that will having you listening to it again and again, just trying to figure it out. And you may never fully get it. Even so, it’s one intriguing piece of music.