Kristina Bazan, 24 years old, is a multi-faced talent. From multilingual international fashion girl to author and singer, she is widely considered as one of the most famous digital influencers in the world. Originally from Belarus, she’s been living between the United States, Switzerland and Paris. Among her numerous achievements and awards, Kristina wrote history by becoming the face of L’Oréal Paris and was ranked by Forbes as one of the most influential “30 under 30” personalities of 2016. She has also signed with Yves Saint Laurent as their first “beauty-music talent” and has racked up over 2.2 million Instagram followers. 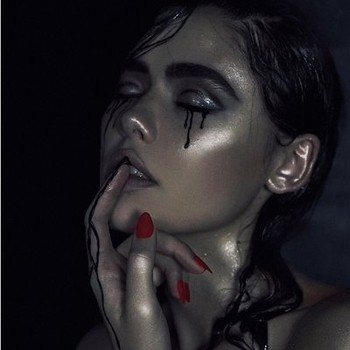 Kristina has just unveiled a dark horror inspired video for ‘Killer’ which appears on the debut EP and forthcoming album ‘Honey & Venom’ and joyously celebrates all the clichés of a horror movie to great effect, as her car breaks down and she gets a lift from a stranger. It’s an infectious stomping electro-pop ode to a psycho-killer with spooky seductive visuals to match.