Ivey’s “Through the Keyhole” single has a kind of Gin Blossoms-meets-Goo Goo Dolls-meets Replacements vibe running through it. In other words, it features a sort of emotional desperation associated with those three notable bands. With good reason, fans of one are oftentimes fans of the others because this is the sort of rock music that does away with any pretense and just gets straight to the point. Songs are not always poetic – although an exception can be made for Paul Westerberg (of the Replacements) who is known for spicing up his songs with some witty wordplay), but for the most part, these bands don’t dilly dally around when it comes to making their points. 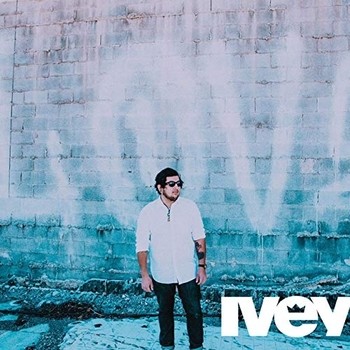 Ivey is a three-piece pop-punk band from Nashville, TN, and “Through the Keyhole” is the first single from the act’s album Take This To Heart. The group describes the thrust of the album as one that grapples with how contemporary culture impacts relationships and, ultimately, one’s mental health. Doesn’t that also sound a lot like what the Replacements were all about?

The group’s forthcoming album was recorded in nearby Franklin, TN at Dark Horse Recording. If you’re an avid album credits reader, you may immediately recognize this as the same location where artists like Taylor Swift and Mastodon have also recorded.

This track begins with a simple, straightforward guitar groove, which sets the tempo and the tone for what follows. The lyric begins with the protagonist located in his bed and reflecting on his thoughts. The chorus states: “Everyone could be watching through the keyhole,” which seems a little kinky. He is, after all, attracted to someone who is “undeniably cute.” Whether or not others are actually watching through the keyhole, this person sounds to be in a pretty good relationship.

The track is a healthy four minutes long. It doesn’t include much in the way of sonic dynamics, however. It’s basically just guitar, bass and drums. The vocal is quivery and emotional. Although the band self-references as pop-punk, this song is not really all that punk. It’s just so darn melodic and catchy to be such. It’s not at all angry, either. The only factor that may give it punk rock credentials is the pace and urgency of the beat, which is driving and fast. Much of what passes for punk rock these days is music that is inspired by punk, anyhow, more so than actual authentic punk music. Therefore, one could theorize that most all music labeled as punk nowadays is actually post-punk. But that’s another argument, for another day.

The vocal is somewhat buried in the mix, so it’s not always precisely clear what Ivy is singing about. The gist, though, is it’s about a romantic relationship. If you like your rock & roll with a conspicuous sense of urgency and passion, Ivey is a trio well worth your time and effort. Chances are good this won’t be the last time we hear from these folks. This opening single is promising, and like all good first singles, it makes one want to hear what else is included on the album. Stand by for more fine rock & roll.