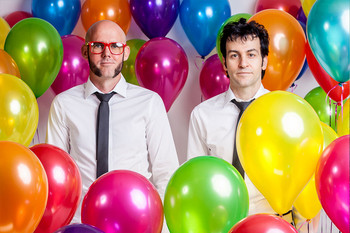 Perth is a big city with a long musical tradition, but it’s very far away from anywhere else: it’s separated from the cosmopolitan centers of Australia by a vast outback, and from Asia and Africa by thousands of miles of Indian Ocean. The word about the best bands in town can take a little while to reach these shores. The Stanleys’ debut self-titled album came out in autumn 2017 and immediately established the group as one of the most exciting, innovative, and tuneful Down Under. Now, thanks to press raves, The Stanleys are finally getting their due in the States.

When we say raves, we mean raves: the sort of notice that compels readers to drop what they’re doing and check a new band out. “If there’s a better pure power pop album that’s been released in 2017, I’d like to hear it,” crowed Goldmine in an A-grade review. Faster and Louder did Goldmine a half grade better: “Hands down, this is one of the three or four best power pop albums I’ve heard… you’ll be in heaven listening to The Stanleys. A+” And for Powerpopaholic, it was simply “all killer, no filler.” One might say it’s a modern classic already, with Californian pop music guru John M Borack ranking the album at No. 92 in his recent book, Shake Some Action 2: 200 Greatest Power Pop Albums 1970-2017.

Power pop might not be the hippest genre, but when it’s done right, it’s probably the hardest to resist. And The Stanleys – whose imprint is called Unashamed Power Pop – have made sure that their version of the style is as explosive and as catchy as possible. They’ve snagged a pair of power pop legends to man the boards: Australian cult hero Michael Carpenter and Ken Stringfellow of the Posies. They’ve produced their self-titled album with an emphasis on punch and added their six-string muscle to these tracks. Like all great power pop, “Everybody Dance,” the band’s latest single, is one large hook: it’ll pick you up by the pants pocket and hoist you high, and it won’t drop you until the last chord stops ringing.