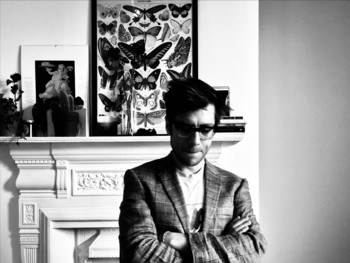 ‘Generation Y’, the second single from Guide Dog’s second album of the same name, comes at a time when children are bunking off school to protest outside Parliament about Westminster’s flimsy and inadequate response to climate change – prompting a swift and aggressive backlash by the politicians who dismissed the adolescents and ridiculed their irresponsibility; and the American president staging an imaginary state of emergency in a vein attempt to bludgeon Capitol Hill into funding a giant border wall whilst triumphantly filling his house with branded cheeseburgers to feed his unpaid staff and denying climate change is even happening… so it’s probably an appropriate juncture for a protest song!

The second album is being released in 2019, entitled ‘Generation Y’. It is accompanied by a book of poems entitled ‘Thou Shalt Stare Into Space’.