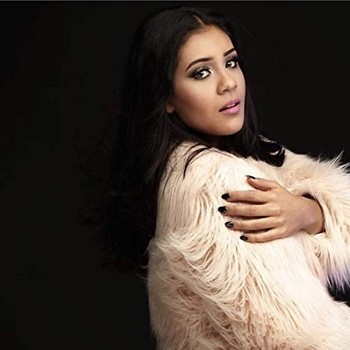 A thunderous, bass-heavy beat rains down on us from above in the opening bars of “All My Girls,” the new single from the one and only Taylen, but its thunderous march is only a taste of what’s about to come in the next few minutes of unmatched melodies. A grooving percussive track enters the picture, and it’s quickly joined by a starry-eyed vocal from Taylen, who is relaxed amidst all of the discordant swing that is starting to take shape beside her. The energy in her lyrics is inviting us to move our bodies and synchronize our hearts with this fierce fusion of righteous rhythm and surreal songcraft, and we soon discover that trying to resist our singer’s exotic crooning is next to impossible, to say the least.

There’s a touch of late 90’s R&B in play in the structure of “All My Girls,” but I don’t know that I would necessarily call this a throwback track by design. The master mix let’s all of the unadulterated heat in the bassline run as wild as Taylen wants it to here, and in its juxtaposition of the soft and playful vocal with the bludgeoning percussive sway, we’re given no choice but to become captivated by the mammoth wall of sound that’s produced as a result of their warring. For how emphasized its primary hook is in the chorus, there’s just as much to be said about the texture of the music in “All My Girls” on its own, isolated from the vocal altogether.

Taylen’s serenade is only slightly augmented in this track, and I like that it’s cushioned by the synths rather than embedded in them. It’s a highly stylized way of separating her melodies from those emitted from the instruments, but it’s also something that the majority of her peers in American pop could stand to learn from. I get the impression from “All My Girls” that Taylen isn’t concerned with the bells and whistles that a lot of her contemporaries live and die by when trying to make a breakout single, and while she doesn’t deprive herself of a nicely-appointed mix in this song, she’s definitely not following the same path of overindulgence that some of her halfhearted rivals seem more than content to travel.

I didn’t quite know what to expect out of Taylen’s latest release, as I wasn’t very aware of her music before first acquiring a copy of this single, but I can now definitely see why she’s getting all of the attention that she has been from critics around the globe lately. “All My Girls” has a cosmopolitan swagger that, while fitting in with the modern narrative in western pop music, is unique and presents us with an entirely new perspective on electronic melodies (without drifting too far into left-field territory). If this is the caliber of content that we can expect out of this young artist in the future, then I think that Taylen is going to have a very long and successful career ahead of her in both songwriting and performing.