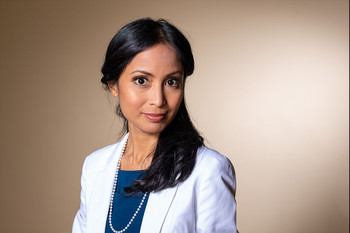 Have you ever looked into a stranger’s eyes and been certain – absolutely certain – that you’ve known that person before? Perhaps in a past existence? Do you believe in love that transcends time? Fiona De Vos does. Her dramatic, wildly romantic clip for “When Will I See You Again” tells the tale of lovers whose passion endures through the centuries and many lifetimes, and whose chance meeting in the modern world prompts a flood of memories of long bygone days. Lisa Punz’s clip for the song deftly juxtaposes two parallel stories – one set in a contemporary European city, and another in the shadow of impressive medieval castles. The grace with which the director weaves together the narrative threads echoes the poise of Fiona De Vos’s single.

Although you’d never know it, “When Will I See You Again” is De Vos’s first foray into pop songwriting and recording, though it’s not her debut under the stage lights, or in the studio. Fiona De Vos is a trained classical singer with a deep repertoire and a bridge-builder between artistic styles. She’s got an old soul, comprehensive knowledge of many disparate musical traditions, and the ear of a pop modernist. While she’s based in Vienna, De Vos is dedicated to the arts and culture of her native Philippines (she’s even written a definitive guide to Tagalog!). Mahal na Likha, her acclaimed debut album, is a full-length set of art songs and Kundiman – Philippine love songs with profound, heartfelt music and texts. De Vos’s interpretations of Kundiman songs are nuanced and emotionally resonant, and she’s applied what she’s learned from traditional and classical music to “When Will I See You Again.”