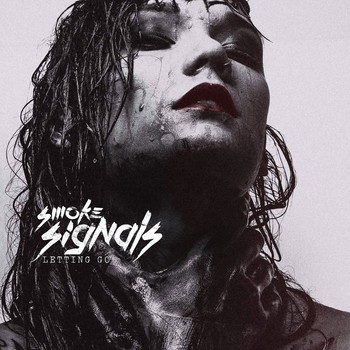 Just a day after dropping their latest single, “Seek The Light,” Arkansas metalcore band is surprising fans with the surprise record release of “Letting Go.” After self reflection on where the band wanted to go with this record, the end result is a completely self produced album that takes fans on a musical roller coaster of genre transcending riffs, intense lyrics and hitting on important topics that inspire conversation.

Originally wanting to put out “Letting Go” a year ago, Smoke Signals took time to perfect not only the music but where they wanted to be as a band. They shared candiadly, “When we wanted to release the record, we weren’t at a point where it felt realistic. However, taking the approach of waiting to release, it left us open to no distractions in our creative process and allowed us to fully explore our vision. We feel this is our most diverse record to date and hope that fans embrace the album as much as we do.”

Smoke Signals has never shied away from hitting on significant topics that we face as a society such as mental health, the death of loved ones, “big pharma,” troubled youth and being an outcast in society. The band also threw in more mysterious themes that the band describes as “conceptual songs that we wanted to leave open to interpretation.”