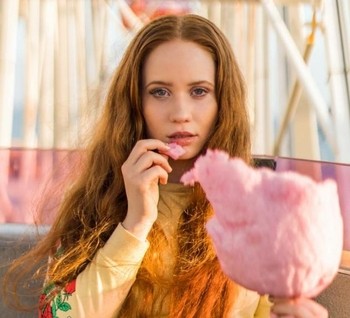 The artsy visual, directed by Embryo, finds the red-haired beauty flaunting her avant-garde style against colorful backdrops and getting up close with her shirtless male co-stars. “Having a visual that matches the creative vibrancy of your music is all an artist could ask for,” says iyla, who counts Michael Jackson, Adele, and Imogen Heap among her influences. “Embryo captured just that for ‘Juice.'”

Embryo adds, “iyla is a true artist. Probably one of the most passionate and creatively invested music artists I’ve worked with. She initially sent me an inspiration mood board that really laid the foundation for the color palette of the entire video. I fell in love with her initial vision and it quickly opened the inspiration flood gates for me.”