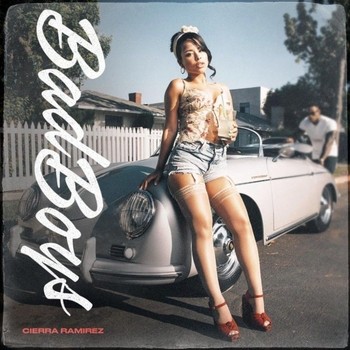 Cierra Ramirez has shared her new single “Bad Boys.” We know Cierra Ramirez best from television shows like The Fosters, but the actress is also a talented singer. In a new single that takes cues from Ma$e’s 1997 hit Feel So Good, the rising star makes it clear she’s all about “Bad Boys.” In case you didn’t know, the 23-year-old hit the ground running with her viral song “Faded” last year, which has over 4 million views since its release and was the #3 most added song at Top 40 Rhythm Radio last summer.

The 23-year-old multi-hyphenate’s Caribbean-infused record is a warm welcome, and she has plans to release its official music video in the upcoming weeks. The track takes cues from Mase’s “Feel So Good” and Miami Sound Machine’s “Bad Boy,” but, according to Ramirez, the main inspiration came from the 1990 Johnny Depp film Cry Baby.

“I’m very inspired by films so when I was first working on ‘Bad Boys,’ I instantly thought of one of my favorite movies Cry Baby which is about the love between two people who shouldn’t be together based on what society says is acceptable,” Ramirez says. “I feel that the pressure of living up to other peoples expectations and playing it safe in life goes out the window when someone intensely interesting comes into the picture. You know in your heart that you should probably end up with the nice guy, but that bad boy is so much more exciting and brings color into your life like nobody else. That’s the essence of the song.”