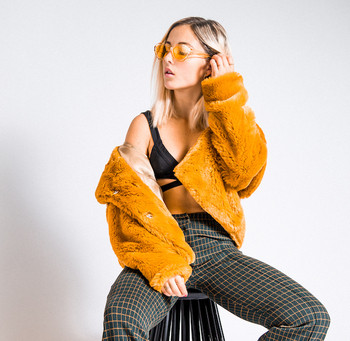 Having already blown us away with a boastful near-two-figure discography of singles, ISA, 20-year-old R&B-Pop crossover singer, songwriter, and dancer now conveys a rawer side to her musicianship with her acapella cut and accompanying visual of latest single ‘Shy’ – taken from the upcoming debut album expected early-2019. The previously Sony Music-signed artist takes influence from acts such as Ariana Grande, Post Malone and SZA, and although her tracks can sometimes sound like your routine pop bops, they manage to deceivingly carry underlying serious and sometimes highly underrepresented issues to listeners in a light-hearted fashion, not to remove any sincerity from those issues, but to allow for more palatability and frequency in discussion. Late-2017 saw ISA releasing ‘Me Too’ in response to the #MeToo movement – used to demonstrate the sickening prevalence of sexual assault and harassment, particularly in the workplace. In terms of quality and corresponding popularity, for ISA, this year has been no exception as she’s gained international traction on her Spotify-viral previous single ‘Perfect’.

Hot on the heels of ‘Shy’, which gained the attention of various notable London-based fashion press publications, the acapella version of ISA’s latest single hits us with dense walls of multi-tracked vocals akin to the emotive style of Imogen Heap while parading Glee club-esque theatrics, both visually and aurally, as ISA breathes her vocal prowess into the rehash of the R&B-Pop bop. The now self-releasing artist demonstrates her freedom on this personal, liberating track; she explains the premise of ‘Shy’ below.