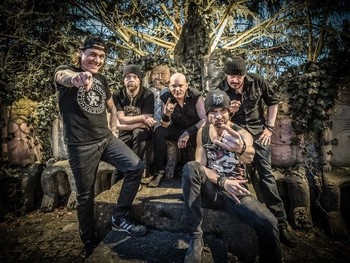 Swiss hardrock/metal band, MAXXWELL, have released a new music video for “She’s Mine”, the track is taken from their fourth album ‘Metalized’, which will be released on September 21, 2018. The video was filmed during MAXXWELL’s Swiss tour with their friends of SHAKRA, and can be viewed here @skopemag.

MAXXWELL is ready to conquer the stages of this world, and all signs point to a storm. The band’s new self-confidence is also the completely autonomous way things are being done this time round. The band is overseeing the label, management, booking and production all in one.