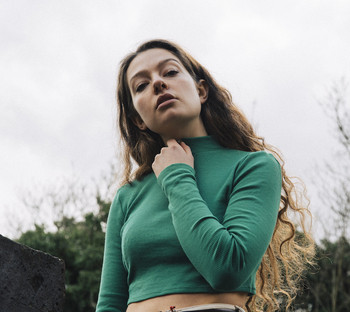 The track showcases Amanda’s playful nature and signature sass, with the lyric dismantling a no-good, no-chance beau: “I’d rather sleep alone tonight than have a second best by side, that’s you…”

“Originally, we just had the title ‘No Thanks’. We worked our way back from there, and I think it just naturally turned into a song about being able to shut things down quickly – to get in, get out, and say ‘you’re no good for me, you are trouble’.”

Originally hailing from a small village in western Norway called Tennfjord (and yes Tenfjord is also her real surname), Amanda is now based in Trondheim – which is becoming something of a mecca for forward-thinking pop artists.