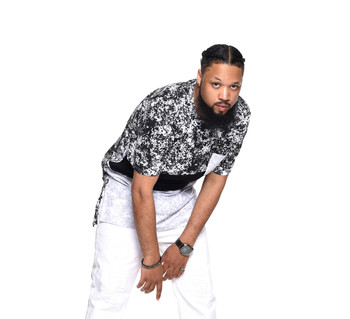 We are here 7 am on a Saturday morning here on the east coast. What a perfect day to get to know an emcee by the name of Yung Blaza. Not many are keeping as busy as this artist this summer. Not even the heat and humidity can stop his hustle. He has a hit single out ‘No Go’ which we are so excited to hear while you read about Yung Blaza. So lets not waste a minute and get right into this on this Saturday, the best day!

Hi Yung Blaza, welcome to Skope Magazine. How have you been?

Blaza: Everything has been love. Just finishing up a 9 venue tour. Had lots of fun!

Can you talk to us more about your song/single – ‘No Go’?

Blaza: The song ranked as high as 18 of the Top 150 Independent Chart and also featured on the National Airplay Top 200. It has also been placed in numerous FM mix shows in the Southeast region.

Blaza: Yes, this song was inspired by a lot of negativity surrounding my music from a business stand point at the time. I was dealing with things that were effecting my career personally with family, but also setbacks with management, my publicist, etc. I wrote this song as therapy to vent, but it ended up being my most successful song to date.

Blaza: There most definitely will be a visual to this song. We shot one earlier in the year but felt like we needed to do something even more special for my fans and followers after seeing the amount of support received from the record.

Blaza: So “No Go” was the lead single from my latest album No Pressure 3: Nothing is Forgiven. Of Course, there were two No Pressure projects prior that did really well, but this one is more special because it took me over a year to write, record, mix, master, license, and distribute. It was sub-titled “Nothing Is Forgiven” because I was heavily inspired by the misfortune and failures I endured during my previous campaigns. The same tribulations that gave me the spark to write the lead single.

Blaza: The writing process was very easy because I was so inspired and motivated to make my best work. I knew for it to be my best, it had to be authentic. The recording process was lots of fun. I worked with some very seasoned producers and engineers. We were able to include sound bites from J. Cole dedicated to me and my project. We were able to sample legends like Lauryn Hill and Donnell Jones. There were even multiple tracks where we sampled myself lol.

Blaza: I like to focus on staying witty and lyrical on every song. It is starting to become a lost art form. A lot of the songs we hear today lack substance. They give you nothing to think about. I like to keep the listener entertained through my words. That keeps the pressure off of me and my producers to keep me boxed into a traditional hip hop sound. It gives us the opportunity to cross genres, and even at times, it feels like we are creating one.

Blaza: Certain sounds in music create different moods within me. I take those moods and turn them into something relate-able for a larger audience. No matter what, I always have to incorporate some word play.

Blaza: Yessir, we have multiple events going on weekly. To find out how to catch us live just follow me @yungblaza on all social media outlets and check us out at www.YungBlaza.com

What’s one thing we’d be surprised to hear about Yung Blaza?

Blaza: I eat my pizza crust first. I like to save the best for last, so I start with the crust of the pizza and and work my way down. A lot of people think it is weird, but for me… it only makes sense lol.

Blaza: Currently, I would love to collab with an artist like Kendrick Lamar. In my opinion, he is the most versatile hip hop artist in the game. He can change up his delivery and has a flow that can’t be compared to anyone. He would make me step my game up for that collaboration for sure. My favorite all time artist(s) is Outkast. I don’t like to choose between Big Boi or Andre 3000 because I will always prefer the music they did together. If given the opportunity to bring those two back on the same song, there is no way I would pass it up.

Blaza: Besides Yung Blaza? Lol JK. I am a big fan of an up and coming artist by the name of J.I.D. He is from Atlanta but the featured artist on J. Cole’s record label Dreamville. This kid is definitely a star in the making.

Blaza: This winter, I will be releasing my new album The Lyrical Miracle, I am so excited for the world to hear it. There will be a series of concerts to promote it, highlighted by a winter music festival that I will be headlining in Charlotte, NC!