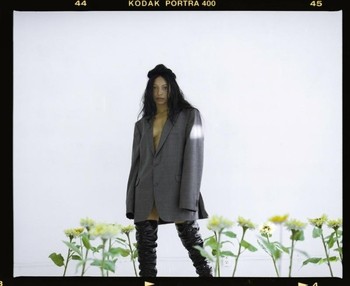 Grammy- nominated singer / songwriter / producer Diana Gordon has released her debut EP, PURE following the Ebro Beats 1 world premiere of “Thank You” and the selection of “Moment To Myself” as a World First on Zane Lowe’s Beats 1 show following the release of her first single and video “Kool Aid”. Lyrically reflecting onGordon’s life,”Kool Aid” paints a picture of what her life was like raising her younger brother and dealing with the loss of an older brother that went missing.

Her new EP PURE ismeant to take the listeners back to the beginning as she sings about childhood memories with the musical influence of a kid from the 90’s. By expressing herself through music, she has created melodies that redefine what ALT sounds like. PUREis the product of a hard working, self made woman who has overcome many emotional hardships. Diana’s achievements come from all over- her music has been featured in movies and television and has taken her all overthe world to perform on some of the largest stages. She has appeared in the pages of Vogue and has written alongside some of today’s most influential female artists. Now writing her own story, PURE has become Gordon’s way to tell her truth in hope that it will inspire others to keep fighting.

Diana Gordon, originally from Jamaica, Queens, NY and blessed with her special talent, comes in as one of the most trusted collaborators in today’s music industry. After co-writing three songs on Beyoncés Lemonade(“Daddy Lessons”, “Sorry”, and “Don’t Hurt Yourself”) she continues to work with a wide range of artists, including Dev Hynes and music legend Mark Ronson.