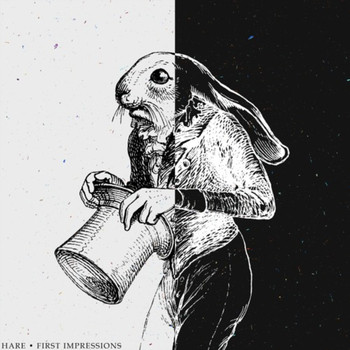 HARE is the project of New Jersey based songwriter and musician Sebastien Isaac, accompanied by drummer Michael Santa Cruz, keyboardist Jon Caplan, and guitarists James Licata and Graham Orbe. After honing his songwriting during his time in college, Isaac returned to NJ and began showcasing at open mics around the tri-state area. He soon began collaborating with Santa Cruz, Caplan, Licata and Orbe, developing a new unified sound, and set his sights on breaking into the New York City music scene.

HARE, admittedly, doesn’t have all the answers. The Jersey based pop-rock artists understands that their journey, up until now, has all the benchmarks of many millennial coming-of-age stories: a passion placed on the back burner, pursuing a pricey degree, accumulation of debt, a transitional period of stasis, and, finally, lifting the passion off the back burner in spite of all the raised eyebrows. Happiness may just be a fool’s errand, but that’s what makes their devoted search for it on their debut release so seductive. Even though immensely personal, HARE hopes that their music will be a place where others will be able to place their own agitation, insecurity, and confusion as well.