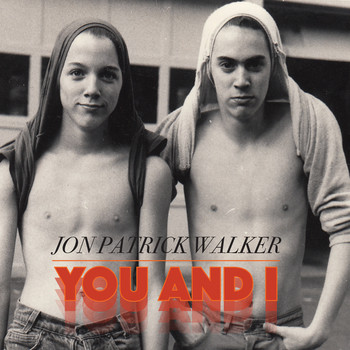 You And I is a playlist about love. It is filled soft and sweet tones. Jon seems to understand these emotions which he is singing about well. He may understand emotions well; this may be because Jon has been an actor for twenty five years. For five years he’s been writing music influenced by The Beatles. Their style can definitely be heard in the songs. Also the theme of romance is something which is familiar to the Beatles. The theme of romance can also be seen in the title of the playlist, You And I. It is also the same title as one of the songs in the playlist.

Your Open Hand is a song sung by a female. It’s a love song, slow and sweet with Indie tones. “I take your open hand,” is a reoccurring line in the song. This is saying that they go about living life together and that is the ultimate romance. I Won’t Sit Around & Cry is the next song on the playlist. It has the same slow and sweet tone. It is a song about looking for love. This piece is describing the feeling which occurs in that time without that great true love of your life. You & I is next up on the playlist. It is a song that fits the previous two songs; slow and soft, a love song.

The Guilty Party, is a piece about a child with a mean mother. He grows up to be a military man and loved a woman who didn’t love him back. Then he drowns himself at the end. Another man also is brought to suicide in the piece. He is a business man who ends up very unsuccessful because he is screwed over by a partner. The two men want their tormenters to be there to watch their demise. However, they merely die alone. This is one of saddest songs on the playlist; however, it still contains the light and soft tones from the other parts of the song. So, a certain level of irony exists because of the tone of the song. It’s an interesting dimension. Jack O’ Belts is next. It’s a song about a happy life; it’s a truly peppy song especially after the song about suicide. I Can’t Not Do The Robot (When I’m Dancing With You) is also very fun, this is indicated properly by the title itself. It is the last song on the playlist.

Ending on a fun note is a good choice; it gives the listeners a light mood as they leave the playlist. The more serious of the pieces are towards the middle and the not too dark or light songs are the first of the list. This keeps the playlist from being heavy in the mood. These love songs can become heavy but they are well rounded out. They are actually quite easy to listen to and contain a consistent tone which adds to the easiness. There is no doubt Jon makes great Indie rock music!