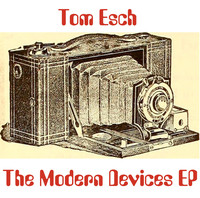 The magnificent indie artist, Tom Esch, has just released his latest single, “I Just Can’t Believe It’s True”, from his debut, “Modern Devices EP”. This song is a token of appreciation to the classic rock from the artist that he has wrapped with a vibrant alternative fringe. In this song, Tom Esch pours all the powers of his top-notch vocal and tremendous energy that put him as a lighting spot on the map of the world music.

There is a bold influence of 90s’ rock, works behind the musical accomplishments of the artist; “I Just Can’t Believe It’s True” is no exception to that. This is a heavy rock song, bursting with electrifying guitar riffs, rich drumming, dazzling with a powerful vocal, that take the audience back immediately to the big time but make us feel about the original and unique creativity of the artist.

Tom Esch is from Seattle, so it is obvious that he is stuck within the influences of Nirvana, Pearl Jam, Soundgarden, etc. But in “I Just Can’t Believe It’s True”, the artist has created such a beautiful sound that goes beyond any influence, especially the Seattle front. The song is fueled by the passionate zeal and energy of the artist’s creative mind and soul. Although the soundtrack is a part of the album, ”Modern Devices”, but it has the potential to stand alone. From the captivating melody and Tom’s exuberant and playful guitar riff, it seems like the rawness of rich and heavy alternative gets mixed with the pop tenderness in the song.

With the enchanting melody, energized music, and the outstanding vocal of Tom Esch, the moment “I Just Can’t Believe It’s True” opens it sweeps the audience off their feet. Both Tom’s voice and his guitar riffs hook the audience from the very beginning, leaving their mind and soul for craving more and more.

In terms of crafting the instrumental portion of this single, Tom has come with a perfect recipe for blending acoustic with a pinch of electric. He has stirred the instrumental part of the song quite well so that it can charge both the mind and feet of the listener with its beat and rhythm. And as the musician has become successful in mixing the acoustic and electric in “I Just Can’t Believe It’s True”, it echoes the sound something allying between them.

The guitar, drums, bass, mellow yet energetic vocal—- altogether they create such a tone that is repetitive yet attractive and a mood that grows gradually over the listener. To sum up, the song has every element that altogether creates a joyous tone, reflecting through splendid sound.

Besides producing a balanced sound of low, middle, and high frequencies, Tom Esch has put a nice and rich into the single. The lyrical presentation suits perfect to the sound and musical presentation of the song, as the words evokes kind of constantly moving forward and backward emotions. Tom Esch has created such a beautiful single, “I Just Can’t Believe It’s True”, that the artist’s unique creative perspective, evoking a simple yet distinctive charm.