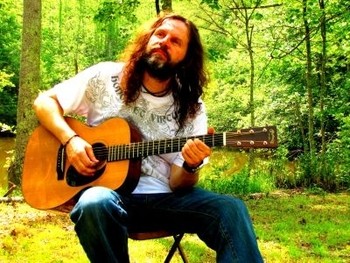 “I don’t know if I can ever write an album like this again” Reed states. This record organically soared to #169 on the Global Top 200 Airplay Chart as of 3/10/18. It has crossed over from college radio to mainstream tapping into some “worldwide consciousness.” He wrote it over a number of years from all over the world including Spain, France, Australia, China, England, Germany and countries in-between. Auspiciously released on 1.1.18, “If All the World is Right” creates an atmosphere to “believe in yourself” and “take charge of your thinking” with heavy doses of humility thrown in thanks to the struggles of life. He is positive, as he states, “being negative or critical requires very little talent.” One music journalist from Nashville wrote that it’s perhaps the beginning of a new Woodstock. The record also holds the following other DRT chart positions: #40 Global Top 50 Rock Chart, #34 Global Top 50 Adult Contemporary Chart and #52 Global Top 150 Indie Chart.

Reed is a creative. His songs are journey songs and pilgrimages. He’s a seeker and his music is for seekers. He is a person that can’t be bought or sold. It is that simple. People can see through hype, glamor and production. This concept album is of a journey…a journey of a Prodigal, who has to return home after being defeated by life and the world. The album is something one can surround themselves with to support their own path of self-discovery.