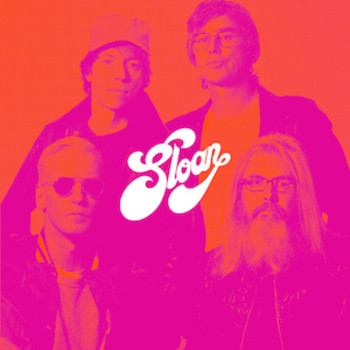 Today, Canadian indie-rock royalty, Sloan are excited to kick-off their mighty return with their new song, “The Day Will Be Mine.” The track is released as part of the band’s announcement of their 12th studio album appropriately titled Sloan 12, which is set to release April 6 via Murderecords/Yep Roc Records.

Sloan are one of the rare bands to make it to their 12th album with all four original members who are equally prolific songwriters and all still working at the top of their respective games, sounding utterly ageless in the process. Sloan 12 includes three songs written by each member with the band being eager to initiate more creative cross-pollination in their songwriting. Each of the four individuals contribute unique qualities that play into their core strengths: Patrick Pentland with the soaring rock anthems, Chris Murphy with the playful, participatory sing-alongs, Jay Ferguson with the jaunty prog-pop gems, and Andrew Scott with the whimsical innerspace explorations. In comparing their last album Commonwealth (2014) Ferguson says, “That album was more of everyone retreating to corners to produce and sequence a side of their own material, this one would potentially have more collaboration than usual.” While the 12 songs on Sloan 12 greatly emphasize each member’s distinct personality, they’re all ultimately united by their lean economy and punchy precision.