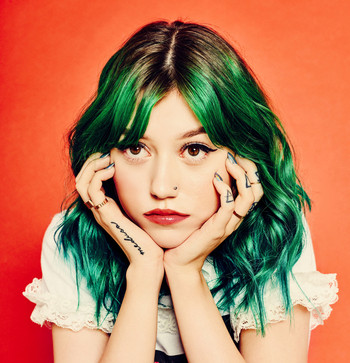 The 19-year-old songstress first teased out the track in 2016 with a brief Twitter video, and it ignited a viral reaction spawning 100,000 “likes” overnight. Over an airy minimalistic soundscape, Morgue exorcises a, hypnotic, and heartfelt melody with haunting and powerful lyrics.

On the song Kailee says: “I wanted to create a story and paint a picture with words. I heard the first line in a movie [“There’s blood in the water”] and just had to incorporate it into that beat. It shows vulnerability and creates a different take on Medusa. In mythology, Medusa was cursed with snakes for hair and a hideous face over something that wasn’t her fault. It’s actually a tragic story, but people perceive her as a monster. So, she takes on the leadership role of the ‘broken’ in the song.”