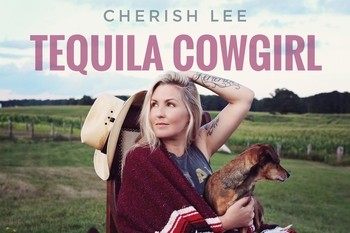 Meet Cherish Lee. She is quickly becoming known as country music’s “rebel with a heart of gold”! She’s not only an artist, but an honest to God, down and dirty servant to all those that are beat down and in need of love. Whether animal or person, Cherish has always had a heart to help them. To all those she helps, she’s a tattooed princess, but she’s not all angel! Cherish Lee refuses to play by some of the country music industry’s biggest rules! In Lee’s own words, “I refuse to pay money to make it on the ‘music charts!’ I want it to happen, because I worked my ass off, and people actually want to hear my songs! What happened to passion, story telling, rebels with a cause, and music that had its merits in how DAMN good it was, and how it made you feel? Our forefathers in music would be ashamed of us.” Lee’s album cost less than $1,500 to record, reminiscent of Nirvana’s first album, “Bleach”, which cost $600.

Lee’s first-time producer, Nate Wedan, quickly found the heartbeat of the album and added his own spectacular flair to it. Cherish says “I wanted to have the people on this album, who made my heart skip a beat when I saw them live, and that’s what I did. I couldn’t have made the album without the people I’ve been blessed to co-write with, all the badass musicians that worked on it and Wedan. I was respectfully allowed to be the artist, and most importantly, a mother. Nobody flinched at Wyatt (Lee’s son) coming into the studio with me, and in many of the sessions, I’d be holding him while cutting vocals!”

The full, aptly-named album, “Tequila Cowgirl” is scheduled for release in January 2018. It’s honest music that tells a story, and Lee’s voice conveys it beautifully, with all the attitude that her fans have come to expect from her.