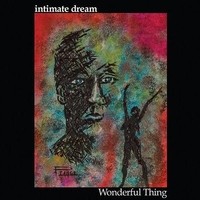 Intimate Dream is a musical collective of sorts centered on singer/songwriter Hugh Faulds. The lineup is augmented with an assorted cast of sidemen aiding Faulds in realizing a familiar musical vision. While certainly no one will accuse Faulds or Intimate Dream of attempting to reinvent the wheel, such aspirations never matter when the songwriting consistently reaches for this sort of heartfelt authenticity. Intimate Dream’s six song EP Wonderful Thing won’t appeal to the bells and whistles crowd forever seeking the flavor of the moment. Instead, the likely listeners to this material are much like Hugh Faulds and his cohorts – sensitive and soulful music devotees who value self-expression far more than revolution.

The title track opens the EP with beautifully melodic guitar work and bell-clarity singing sure to lure many listeners into its web. Faulds wisely avoids any clichéd guitar heroics but has the painterly taste to embellish the song with a number of six-string flourishes. Tastefulness is a defining element of this track. It never pushes hard, but instead, exerts an almost pop music fairy tale quality that lingers long after the last note fades. “In Your Head” is a bluesy shot contrasting nicely with the first track and Faulds steps deeper into the spotlight with some incendiary fret work. The lyrics on the EP’s first two tracks are direct and aimed for a broad-based audience, but their musical aims are widely divergent. Listening to Faulds rip off some pure boogie licks is a lightly revelatory experience after the first song.

“Mine Alone” is a superbly orchestrated track that expertly manages the slow simmer from a sensitive ballad into an impassioned statement thanks to more of the band’s uniquely emotive guitar. Tastefulness is, once again, the order of the day. One of the reasons why these songs work so well individually and as a collective statement is because the music is precisely aimed and possesses the lean economy of a scalpel. There is no wasted motion. “Space Girl” takes the band back into bluesy territory and, once again, the guitar leads the way. Despite any guitar pyrotechnics, melody remains the essential building block of the band’s music and it’s in full evidence on “Space Girl”. The album’s finale, “Slow Down”, takes a full-on retro slant with memorable piano playing and an assortment of well-placed, biting rock and roll guitar licks that wouldn’t have sounded entirely out of place on a 1950’s Sun Records release. Added as a bonus track of sorts, the acapella re-envisioning of the album’s title track “Wonderful Thing” sees the band demonstrating their commitment to superb vocal arrangements, one of the release’s hallmarks, and the elasticity of their own material.

Intimate Dream has created a six song EP full of rare class and a generous surplus of skill. Rarely do modern bands approach music like this without a certain degree of self-consciousness or parody, unintended or otherwise. Not Hugh Faulds and Intimate Dream. These are heartfelt songs that, if they might be out of style with the step of our times, couldn’t care less.