After the departure of longtime drummer, Moe Carlson, Protest The Hero enlisted Lamb of God drummer Chris Adler to fill the position for the recording of their forthcoming album, Volition. Now with extensive touring on the horizon, the band has decided to fill the slot permanently with Mike Ieradi. Here is the statement from the band

“Finding a new drummer has proven to be a tough task!   We had interest and video submissions from many friends, fans, and family alike (yes, Choadie’s mom sent in a video of her ripping “c’est la vie!”).   Every single one of those submissions was wonderful – but we realized it was going to be impossible to select a drummer based on a YouTube video.   We needed someone who we knew.   Someone who we thought we wouldn’t murder and leave at the side of the road two weeks into tour.   We think we have found that person in Mike Ieradi – a Canadian fella we met many moons ago.

END_OF_DOCUMENT_TOKEN_TO_BE_REPLACED

Everybody wants to save money on their energy bills, as most people spend half of their income on energy and other utility bills, so there should some relief in terms of saving money for using energy in the house. What if you get a complete package of saving money that will look after your many…

END_OF_DOCUMENT_TOKEN_TO_BE_REPLACED 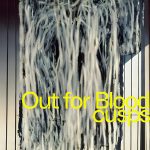 CUSPS’ Out For Blood is a collaboration between J. Sehorn and Daniel Twombly. Based in Kansas City, this duo grew out of two coworkers that worked together at an audio-video company. At first, these two just engaged in casual jamming together, which eventually evolved into more serious songwriting. The act’s noisy, dark music has been…